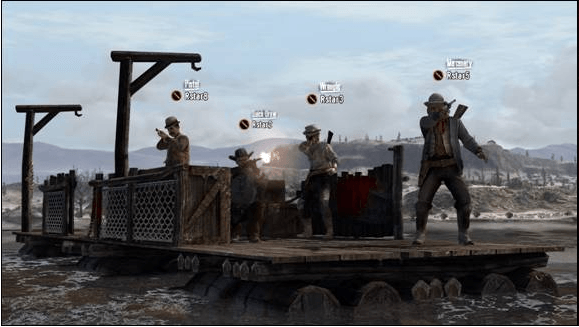 Rockstar have announced that the Outlaws To The End Co-Op multiplayer Mission Pack will be made available FREE this June on both Xbox Live Marketplace & Playstation Network.  From what we’ve heard this co-op mode adds an entire new dimention to Red Dead Redemption’s game play.

“Multiplayer in Red Dead Redemption offers players a whole new way to encounter the massive open world we’ve created, but we felt the experience would not be complete without co-op game play,” said Sam Houser, Founder of Rockstar Games. “With these missions, we wanted to create new ways for players to share in the experience of engaging with this amazing landscape.”

Walton’s Gang have taken control of a mining camp rich with gold.  Fight through the camp and load your mine cart with as much gold as you can carry and get out as fast as you can – Walton’s boys have rigged the place to blow.

Ride a raft down river, taking out rebel encampments along the way until you reach the rebel stronghold of Nosalida and a final epic battle for the town’s massive weapons caches. Watch out for Gatling gun-equipped enemy rafts.

The Mexican Army has the town of Tesoro Azul under siege.  Storm the gates under heavy cannon, Gatling gun and sniper fire to destroy the Mexican artillery placements. 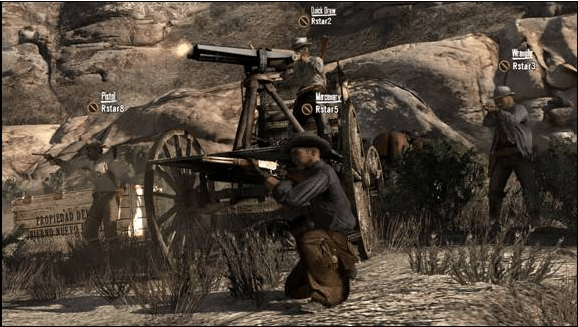