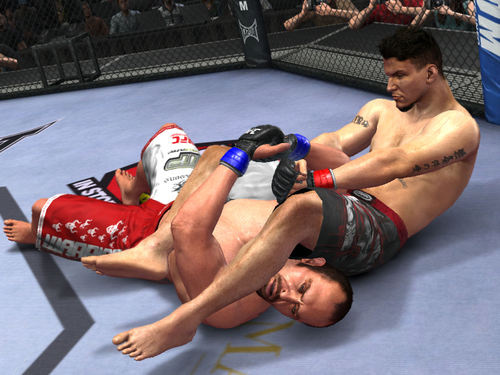 THQ has finally released details on who you will be able to sample during the demo of the second UFC Undisputed game. The names that have been released are; Mauricio “Shogun” Rua, Lyoto “The Dragon” Machida, Rashad “Sugar” Evans, and Quinton “Rampage” Jackson. Quite a lot of the biggest names in the UFC being released in the demo.

The good news is that this is a vast upgrade from the previous demo released for UFC Undisuputed 2009, which featured only two fighters; Chuck “The Iceman” Lidell and Mauricio “Shogun” Rua.

Also included in this demo release are two modes of competition. There is your standard Exhibition style match, and then the all new Tournament bracket whose details have yet been revealed.

Despite the drama that has been happening between the UFC and EA, I can’t wait for this game, as I loved UFC Undisputed 2009, and I’m also excited to see how things will be different in EA Sports: MMA. Overall the consumer wins through this drama of trying to outdo each other. What do you guys think about this? Anyone here a die hard MMA fan?