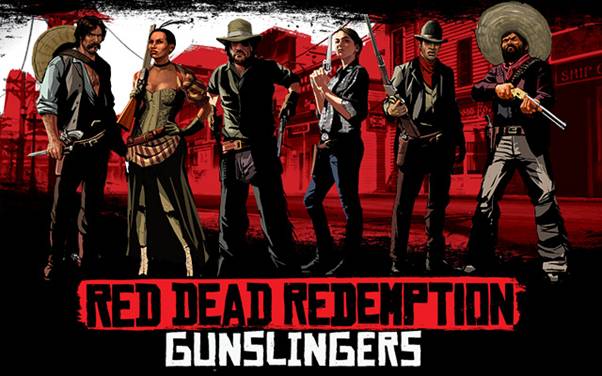 Now let me start by saying that I personally don’t get sucked into playing games on facebook as I find them VERY boring and also quite annoying and a little repetitive,  most of them don’t really have a purpose.  But you know a few of you out there would beg to differ.  Take for example Duraroc, who’s just recently discovered Mafia Wars.  All he does all day is play that game instead of writing articles !!  It DRIVES ME CRAZY !! he even twitters his progress to everyone following him.   He know it annoys me so he does it a little more each and everyday.  But maybe I can get him to jump ship from playing that boring Mafia Wars and try ROCKSTAR’s newest addition to the PC / FACEBOOK scene called :

Now from what I’ve seen of it so far it looks like it might even rope me in as well.  I think it ROCKSTAR are on a real winner here.  Now all i have to do is trick.. err I mean convince duraroc into playing GunSlingers and then I’ll be a little happier.

Check out details from ROCKSTAR about Red Dead Redemption Gunslingers and click on the link below that will take you straight to the APP, add it and start slinging 🙂 Yeee Haawww !!

Today we’re proud to announce a brand new application inspired by the upcoming Western saga, Red Dead Redemption. Available for open beta on Facebook now, Red Dead Redemption: Gunslingersis an action-RPG experience where players duel friends, frenemies, foes, and everyone in between. Duelers can choose among three character classes: Outlaw, Fast Hands, and Sharpshooter. Dozens of Achievements are available, and forming posses will make leveling up as quick as it is fun. Players can also compete on a worldwide leader board for global bragging rights.

Try it out and let us know what you think of it 🙂  Leave a comment below.