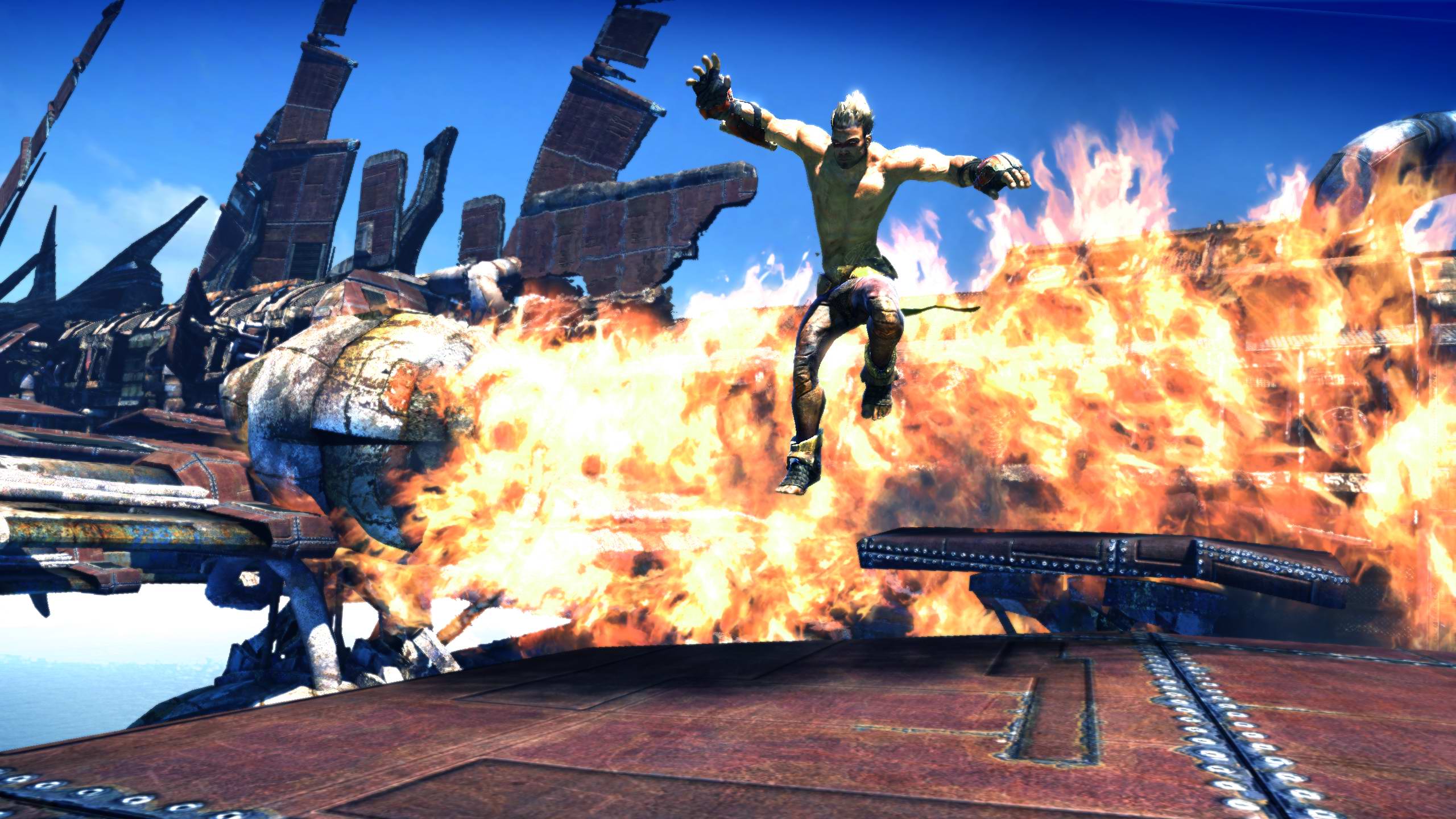 NAMCO BANDAI Games America Inc. today released new screenshots for Enslaved™: Odyssey to the West for the Xbox 360® video game and entertainment system from Microsoft and PlayStation®3 computer entertainment system. The latest batch of screens provides a peek into the intense opening moments of the game, as lead character Monkey fights to escape from the slave ship that has captured him… before it crash lands with him still inside.

Developed by Ninja Theory Ltd., Enslaved takes players on a gripping, surprise-filled journey as two dissimilar characters form an uneasy union in order to survive their way through a perilous, post-apocalyptic America. In Enslaved, players take on the role of Monkey, a strong and athletic, yet solitary figure, who been captured by one of the mysteri­ous slave ships, which harvest the remaining population and take them out west never to return. Trip, a technologically savvy young woman who has also been imprisoned by the same ship, manages to escape. She quickly realizes that Monkey, with his raw strength and power, is her only hope to survive the perilous journey back to her home. She hacks into a slave headband and fits it on Monkey, linking them together – if she dies, he dies… Her journey has now become his and Monkey must now travel west alongside Trip as they traverse a demolished world, under constant threat of capture and mortal peril.

A tactical action-adventure game, Enslaved centers on the complex relationship between the two main characters and challenges players to employ a mix of combat, strategy and environment traversal. With influences and contributions from top music and film industry talent, Enslaved combines beautifully rendered graphics and captivating music with seamless animation and engrossing gameplay.

Enslaved: Odyssey to the West is planned for release in late 2010. For more information about the game, please visit www.enslaved-thegame.com or www.namcobandaigames.com