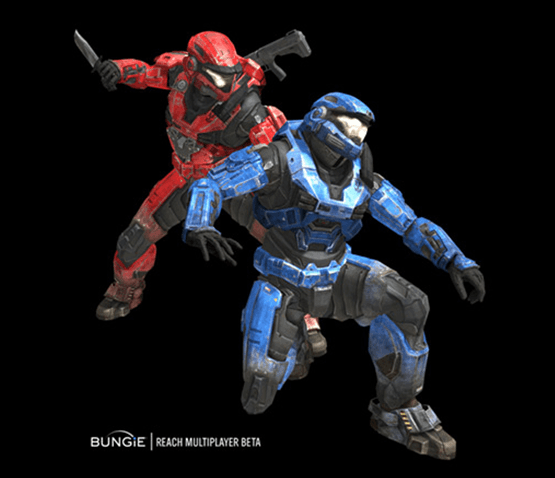 A massive amount of HALO:Reach Multiplayer BETA details have been released. Get all the details here, it’s a long article but well worth the read for the true Halo fans.

Some points from the article.

– Load outs. Yes you heard right – ala Battlefield BC and MW2 – you can now change your loadouts.  However they are not player defined, but playlist defined.

– Active camo! This can be used by both Elites and Spartans to give you temporary invisibility.

– Elites can evade – bit of tumbling and rolling around to he had here.

– Jetpacks – you can fly and see those pigs. No seriously, this is pretty self explanatory – but get too high and no juice, be prepared to die a splattering death.

– Sprinting.. whatttttttttttttttt! It’s only for the Spartan’s and you can’t shoot whilst running.

– There are also some new cool weapons to check out and use. Grenade Launcher (anyone for OMA?), Plasma Repeater, Focus Rifle are all new additions.

That’s about it, let us know your thoughts?  One thing is certain, HALO: Reach BETA is going to knock MW2 off it’s No.1 perch when it is released.

Destiny Expansion I: The Dark Below Drops on December 10

Whats Halo Waypoint all about ??