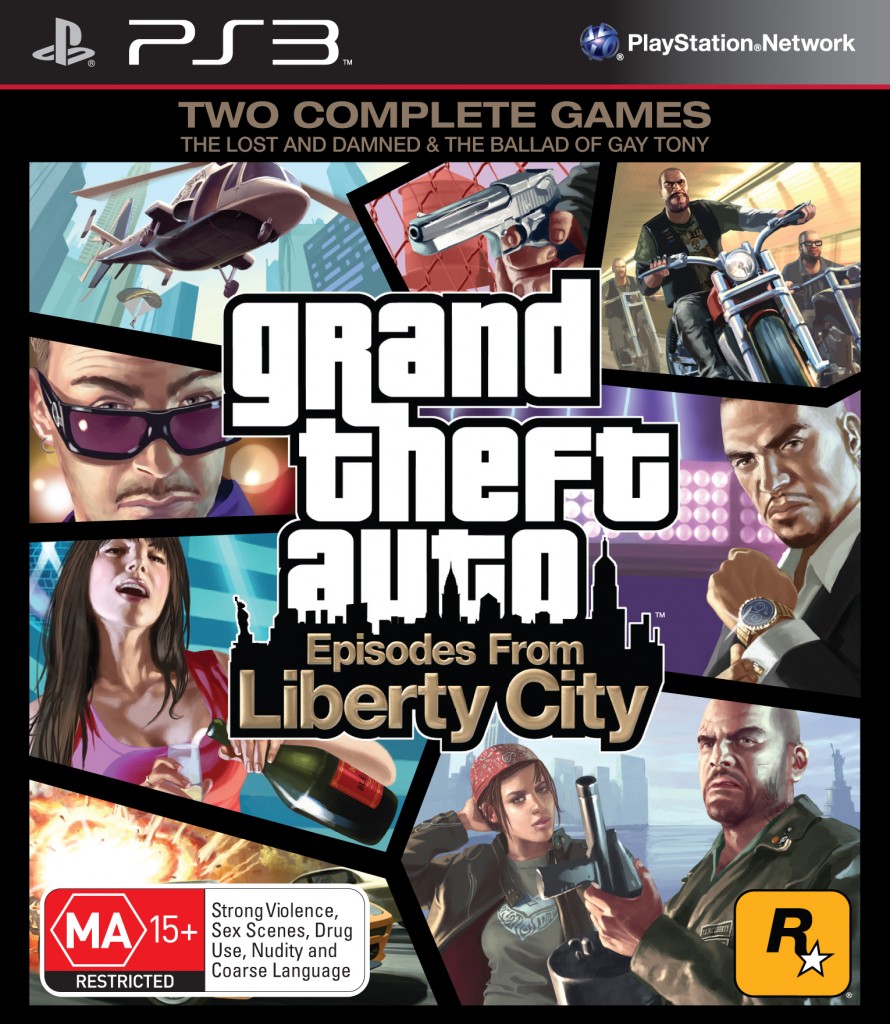 The highly anticipated release of Grand Theft Auto: Episodes from Liberty City (including both The Lost and Damned and The Ballad of Gay Tony) for PlayStation®3 and Games for Windows® LIVE – has arrived.

PS3 and PC gamers across North America can head out to a local retailer now to get a disc copy (click here for a list of online retail options) – or download the episodes via PlayStation®Network and Games for Windows LIVE respectively.
Look for it on shelves and online throughout Europe and Australia this Friday, April 16th.

And join the ROCKSTAR Guys this Friday and Saturday, as they celebrate the release with a back-to-back official weekend of Social Club multiplayer events.

PSN IDs and GWFL Gamertags will be announced later this week on the Rockstar Newswire. Make sure you’re following ROCKSTAR GAMEs on Twitter or Facebook to get the word.