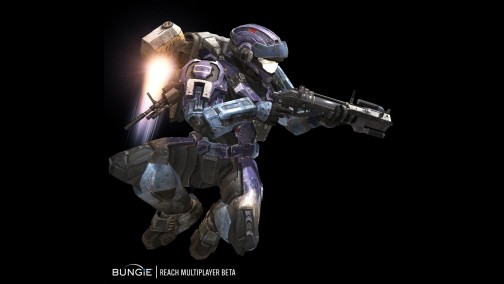 Bungie has released a major update today about Halo: Reach and all of the new features included in the multiplayer mode. There is so much to explain that it is nearly impossible to talk about it all, so I will highlight a few things I can’t wait to try out.

They’ve finally added differences to the two class types. Before Elites and Spartans were the exact same. Same size, same speed, same everything. Now they will finally have differences incorporated into them, they will be stronger, faster, have more health and more shields. The only negative about this is the question if elites will be playable by any selection, or if there will only be certain modes in which you can choose to play as an Elite.

There also is now the inclusion of loud outs allowing you to choose between pre-determined sets of equipment and armor abilities. The only negative factor of this is, that you can only choose between the ones set by Bungie, and there is no choice to customize these load outs yourself. Plus certain loud outs will not be available for all game types according to their press release.

These armor abilities are quite interesting too. These are not only including a jetpack for extreme aerial boost fights. There is also the inclusion of an “armor lock” system which makes you invincible from all attacks, however it locks your armor making you unable to move. Basically turning you into a stationary turret. Add this with the sprinting ability and the active camouflage that we are all used to, it will turn into some very interesting fights.

Add in a multitude of new weapons, a new health and shield system, and Halo multi-player will never be the same.

This is just a small sample of what was announced in the press release, to view more watch the trailer below for the multiplayer, as well as clicking the link above or here to read Bungie‘s press release.