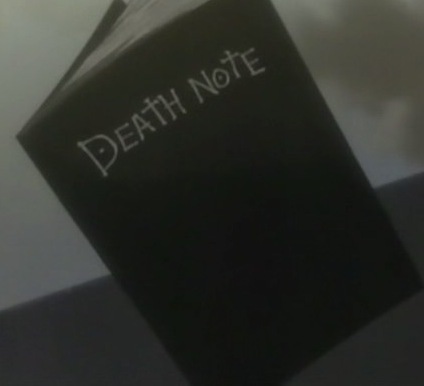 The Argus Press has reported on an incident that happened today in a Michigan Middle School.

As it turns out there was a student, whose name is being withheld, at Owossa Middle School has been caught having a suspected “Death Note” with two students names written in them, with specific times for their supposed death. The times for the supposed deaths has already passed, and police state that they believe no one was ever in any actual danger.

Death Note is an anime where a Death God, or Shinigami, has dropped a notebook where a human named Light Yagami has found it. After his discovering of the Death Note and its powers he proceeds to murder hundreds of people by writing their names in the notebook, and their time of death making them die of a heart attack, or a written cause of death.

I think this is a bit ridiculous. There is literally nothing that could have happened from such a notebook, though they should still sit down and talk with the child and find out what caused him to write those two other student’s names down to die. This is still draconian though, following such cases as a student being suspended and expelled for bringing a metal butter knife in their lunch, or a toy gun two inches long.

Are schools literally going insane with these no-tolerance policies?  This isn’t the first case of a death note being seen at an American school either, there have been over five other cases reported over the past three years.  Shouldn’t they be finding the reason that these students wrote these names down in such a manner, instead of punishing them further and potentially causing more psychiatric harm? What do you think?