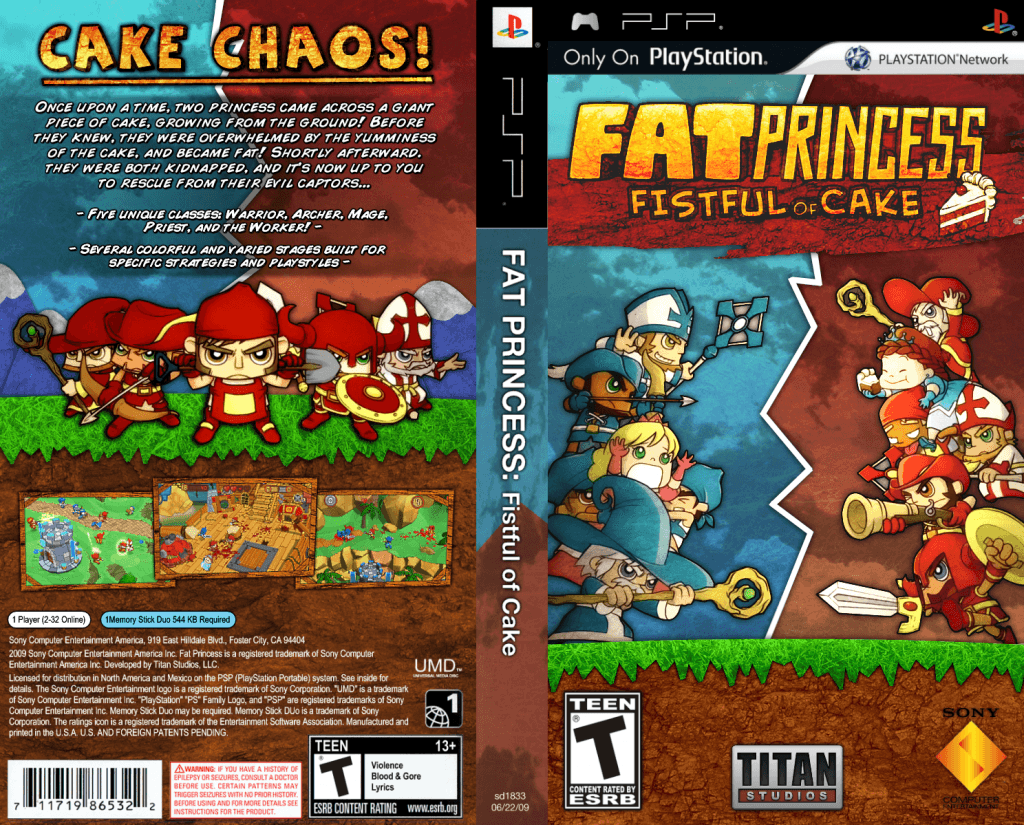 Sound the trumpets: the highly-anticipated PlayStation®Network title Fat Princess is bringing its comical medieval fun to PSP®(PlayStation®Portable) with a host of added features. Frantically-paced and strategic, Fat Princess: Fistful of Cake, pits two hordes of players against each other in a comic medieval battle on PSP. The player’s goal is to rescue a beloved princess from the enemy castle. However, there is a catch; the adversary has been feeding her magical cake to make her heavier to carry. Therefore, it will take much of the army working together to carry her across the battlefield. Team balance and strategy is crucial in Fat Princess: Fistful of Cake, as players can switch between five different character classes, literally at the drop of a hat. The comical, quirky and loveable cast of characters have been developed specifically for optimised play on PSP™. Now players can have their cake, and take it on the go, too!

Who’s picked up this little beauty yet ?