MasterAbbott decided to be lazy this week and gave the staff the honor of picking the weekly winners (all the news he has been doing as well as 2 retail reviews has nothing to do with it!)

We have examined the data, and have added some more criteria this time around. Read the extra Criteria as well as the winners below.

Want to learn more about this weekly contest click this link:
http://www.capsulecomputers.com.au/stuff/

This week we have chosen 5 lucky winners  !! These winners have REGISTERED as members on Capsule Computers, RT’d our articles on twitter, they have commented on the articles on the site and have taken a genuine interest in being an active member of the Capsule Computers Community which is now starting to grow bigger and bigger each day !!

This week the staff has decided to pay particular attention to the comments you guys are making. We didn’t only look to see if you were commenting but we also looked at the length and the substance that your comments contained.

That’s this weeks Community Competition out of the way.  Next week is a brand new week for everyone!

ALSO we have the Fishpond & Capsule Computers MEGA Competition.  Make sure you enter this one to go into the running to win either Halo ODST, Modern Warfare 2 or Eye PET.  This is a cool competition check it out here.

You can still grab MAD DEALS over at Fishpond in their MARCH MADNESS Promotion !! Amazing prizes on games and consoles : Check it out here :

FINALLY !! We mentioned this last week and at the end of this month (MARCH) we will be introducing a new monthly competition called : 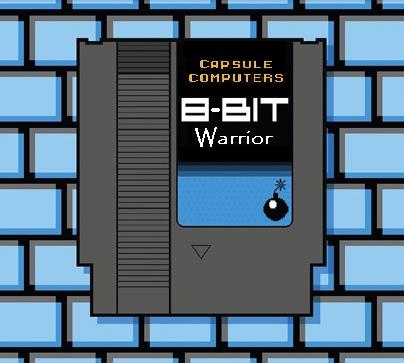 This will go to the most active member of the Capsule Computers Community for the month.  Someone that has REGISTERED as a member and is also following Capsule Computers on FACEBOOK, RT’s our twitters, Comments on our articles, posts in the forums, contributes by writing community reviews on games etc.  That lucky person will a FULL RETAIL GAME !!! on either XBOX, PLAYSTATION, NINTENDO WII or PC (game will be chosen by Capsule Computers randomly)

Well  thats it for now !! Congrats to all the lucky winners above and make sure you all continue to keep as active as possible on Capsules Computers