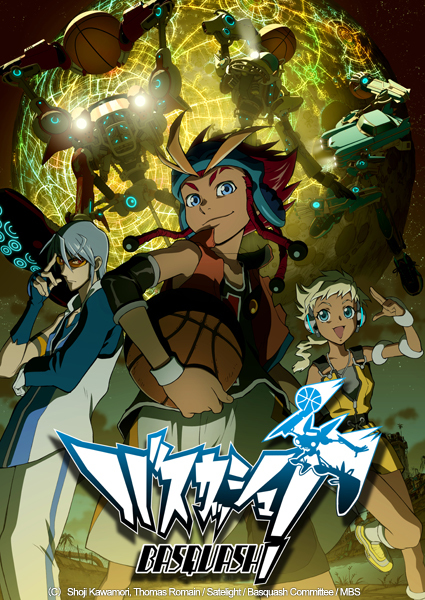 Satelight anime studio has let the ANN know that it plans to re-launch Basquash!, an anime featuring basketball played in large mecha suits.  This is good news for both casual fans of anime and sports fans, because the reason for the re-launch of the show is that Satelight plans to change the target audience for the show, to a more shonen type show.  Shonen show’s are roughly described as being developed for teenage men and feature lots of action and fighting.  Which means that the new Basquash! will feature more sports  and less breasts.

The prior release of Basquash! focused only slightly on the basketball aspect and also only featured a bit of true action, while it also heavily featured fan-service, as well as it’s sponsor Nike.  This is great news because the first showing was literally clogged with unnecessary fan-service and featured little of what you were hoping for when watching the anime.  I personally can’t wait to see how they are going to change it up.  This release will take quite some time though as Satelight has not announced any new anime projects for this year of 2010, but may show up in 2011.

Opening for the old version shown in 2009 below: