Itttttttssssss Tiiiiiiiiiiiimmmmmmmmmeeeeeeeeeeeee!!! Whoops.. I am a bit UFC crazy at the moment (don’t we all love Bruce Buffer, have you seen the Buffer 360?), but it is time boys and girls, time to get tactical with the Capsule Computers crew on the current #1 Xbox360 game – Modern Warfare 2.

Xbox Australia has agreed to let Capsule Computers host a MW2 community night on Xbox Live.  The time will be 8pm-11pm on Friday 12th March 2010.  This is Australian Eastern Daylight Savings Time.  All you have to do before or during that time is message anyone of the following Tango’s :-

We will add you into the game we are playing if there is room, if not, we will split off and create another room.  What we are thinking of doing is hosting some Private Ground War matches – 9 v 9 – and we can change things around to suit ourselves.  I really want to play Headquarters on Rust with no killstreaks – but we are open to suggestions.

Just to give you a bit of an idea about what it will be like playing with the Capsule Computers crew.

– KINGROC69 likes to break out into song – last night it was Volare  – the whole party joined in.  One of the classic MW2 moments. If you are a camper KingRoc69 will adore you forever! One other thing to remember, do NOT, I repeat DO NOT try and steal his care packages, bad things will happen to you.

– xI ROCK Ix likes to tube all night and then SMS the crew the next day saying he had a great time and wants to do it again tonight.  He also likes talking to imaginary friends on the phone whilst he is on Live.

– DuraRoc likes to boost – errr.. so everyone keeps telling him anyway.  He also likes to cut other peoples grass.

Here they all are posing for the Camera, but it seems that MasterAbbott as per usual always has to stuff things up by looking in the opposite direction 😉 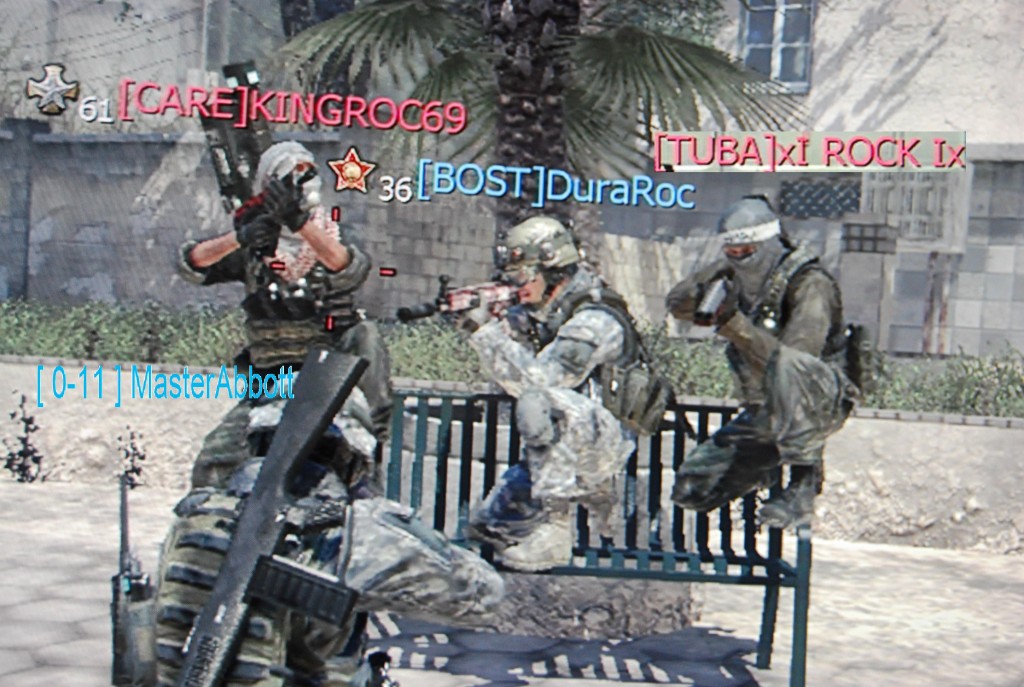 Look out for the more information on the community page on the Xbox dashboard soon, just in case you forget. More details to come if there are any, might even be a prize or 2, let’s see what we can do.

Have fun. Convey your thoughts by posting a message below, or send us a message on Live.