If you missed out the information posted the other day about Red Dead Redepmtion competition here it is again in more detail : 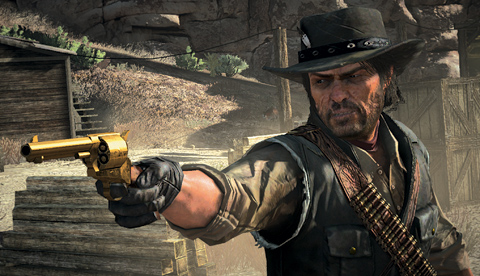 The Golden Guns Weapon Pack
The player who wields the exclusive Golden Guns receives more Fame for each kill. The more Fame you get, the more in-game side missions become available. So there will be more opportunities to duel, more kidnapped townsfolk to rescue and you can bribe lawmen for less.  The Golden Guns Weapon Pack is exclusive to Amazon pre-orders in both North America and the U.K., and Amazon.com customers will also receive a $10 Amazon.com Gift Card. 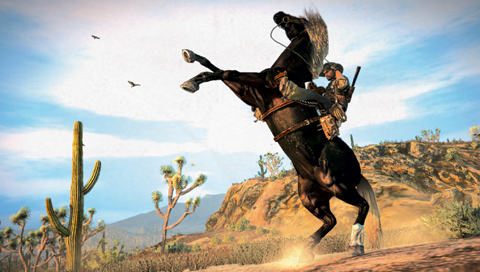 The War Horse
There are countless horses to be found in the massive world of Red Dead Redemption, but none is stronger, faster or tougher than the exclusive War Horse. Whether storming gang hideouts, exploring the wilderness for hidden treasure, or outrunning the law, the War Horse gives gunslingers an advantage in nearly every situation.  The War Horse is exclusive to Best Buy pre-orders in North America and HMV pre-orders in the U.K.

For information on all these and more, including exclusive Brady mini guides & retailer gift cards, visit the official Red Dead Redemption pre-order page. 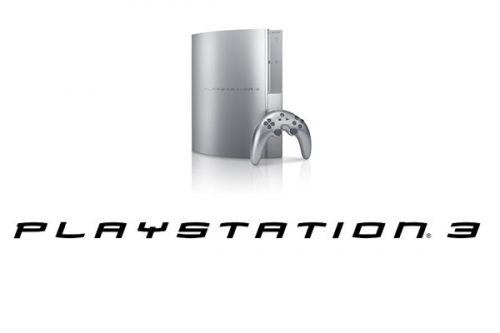