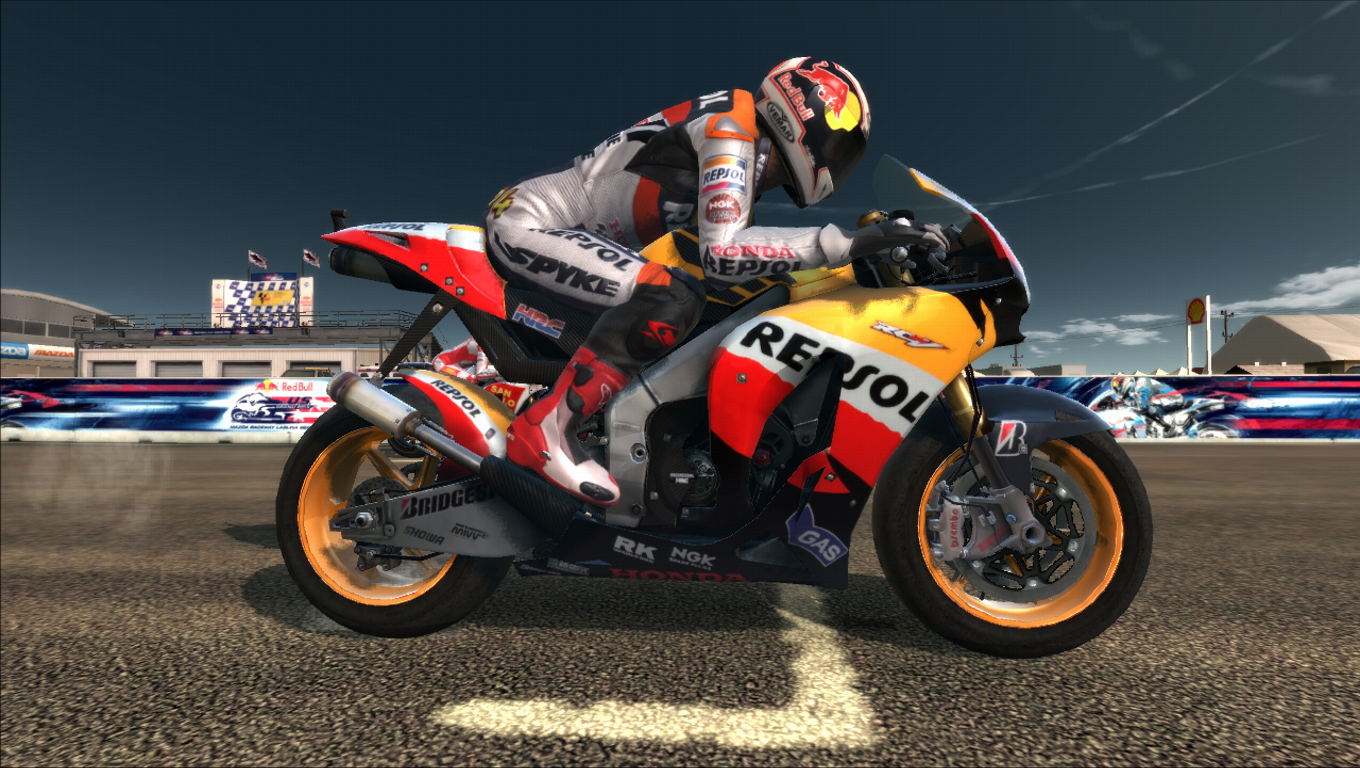 We’re pleased to confirm that MotoGP 09/10 will be released across Europe for PS3 and Xbox 360 on 19th March with players able to update the game with all the 2010 season content, including the new Silverstone track and team updates, shortly after launch for free of charge.

Do you have what it takes to be the ultimate MotoGP racing hero?

MotoGP 09/10 will deliver the most definitive game of the MotoGP series yet. Players will be able to compete against riders across the globe in the first ever racing game to offer a 20 player online racing experience.

The robust online mode will give gamers the chance to vote for the circuit, bike class and number of laps before they take to the track and compete in an online Arcade race or Career mode championship. Once the race comes to an end it’s over to the online leaderboards to see where you rank against the rest of the world. Not only will you find competitors’ lap times but the option to download racing ghosts and racing lines which will help you compete against the very best or for those new to the series learn the skills they need to race to the top of the leaderboards.

Also check out the NEW and AMAZING MOTO GP Official Website.  It looks like a $$Million$$ dollars.

What’s everyone think of Moto GP ? Your thoughts, ideas and suggestions 🙂