EB Games Australia have a Launch Event happening for everyone that has pre-ordered their copies of Mass Effect on either XBOX 360 or PC.

Have your photo superimposed on a screenshot from Mass Effect 2. Be at the EB Games launch event Thursday 28th January between 7am to 10am at Brisbane / Sydney / Melbourne

Click on the RSVP button below, fill in your details and then make your way over to the event on the day.  If you haven’t already done so.  PRE-ORDER your copy now so you can be a part of this great event. 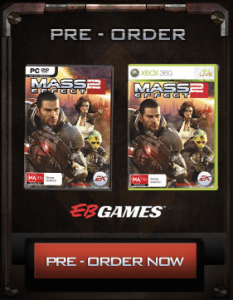 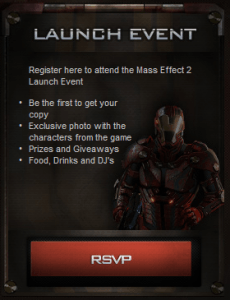