They announced today their upcoming game release schedule for early 2010 for both the new DS and Wii owners.

The year gets going with two exclusive Wii offerings in late January, Tatsunoko vs Capcom: Ultimate All-Stars and No More Heroes 2: Desperate Struggle. The DS gets a couple of high profile sequels in February with Ace Attorney Investigations: Miles Edgeworth releasing on February 16th and Dementium II shipping on February 2nd. A new Endless Ocean game called Blue World will also be available on February 22nd for the Wii.

March brings us our yearly dose of Pokemon with Heartgold Version and SoulSilver Version both releasing on March 14th for the DS. Wario’s build your own minigame collection releases March 28th as WarioWare: D.I.Y.and Megaman 10 releases on WiiWare. Red Steel 2 is still being held in the vague Q1 release window. Will motionplus be the thing that elevates Red Steel on the ladder of console exclusive franchises? I guess we’ll find out some time before April. 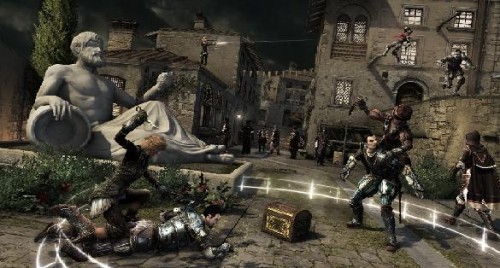