Press Release from EA.  They are very excited .. But do you blame them .. look at all the awards they snagged this year at the VGA’s.

Yeah baby! You hear that sound? That’s the sound of us doing our superior dance over here at EA. Why? Because we took home a whopping six VGAs this weekend.  Woo hoo! In your face, everyone else! Sure, it helps when you are a humongous corporation that partners with other folks who do all the work–like making those good games–but, whatever! We’re still taking the credit!  That’s what we do!

Anyway, here is the list of winners that we are taking all the credit for because we are awesome:

A couple points of analysis, if I may.  By taking home the best 360 and PC games, we almost swept the platform awards. This was a problem on the PS3, though, since we weren’t even nominated in that category, which I think says more about the PS3 than it does us. Second, while I am happy about Beatles: Rock Band winning best music game, it totally didn’t follow to me that that game then lost best soundtrack to DJ Hero.  TheBeatles shouldn’t lose to a bunch of knob-twiddling, tattoed skinny boys sucking on pacifiers, if you ask me.

And don’t get me started on the awards show itself. I’ll save that for another rant somewhere else.  But, meanwhile, if you want to see a list of all the winners, not just the ones that we here at Everything’s Awesome won, go to the Official Site, where they’ve cleverly designed it so you need to click through about 800 pages to see it all. I need to try something like that here now! 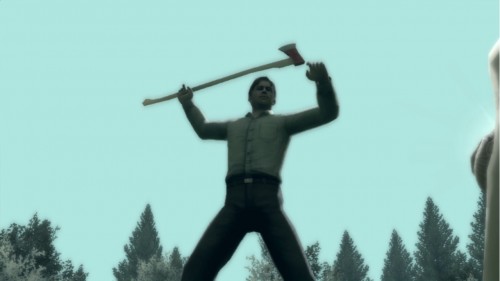