Senior Editor at Capsule Computers : Duraroc has shared his impressions and opinions on Infinity Ward’s Modern Warfare 2 Multiplayer gameplay mode (on XBOX 360), along with what he belives are some good and not so good points playing online.  It’s a very informative and interesting read, check it out and let us know what you think of it.

With the campaign in MW2 being short, Infinity Ward have put a lot of work into the multiplayer experience.  The MP has so much depth, there is no way I can go through it all, would take ages and use up a lot of time I would rather be playing MW2!

I completed Prestige 10 on COD4, racked up about 64,000 kills all up.  What kept me going for so long was the fantastic MP and getting to Prestige 10!  What it also did was put me off MP FPS for a while.  I hardly played COD5 online, so I think I was pretty fresh for MW2.  I am not the best, far from it,  I just played a lot!!

Infinity Ward has added some nice little extras to the MP experience, changed some things around (Juggernaut and Matrydom!!), given us Title and Emblem’s for online achievements.  There are no gamerscore achievements to get online, which I think is an added blessing.

Prestige is back in MW2, Level 10 is back, this time you need to rank up to Level 70 to go up a level.  Once you hit Prestige, you are then given the option to “start” again, all your stats reset to 0.

These are nice added extras, especially when on a bad run.

The multitude of weapons are back, with a few added extras.  You can equip a Riot shield, which is not only good for blocking opponents bullets and grenades, but is used as a effective battering ram if they get too close.  If you team up with a buddy who has a shield equipped you can rack up the kills.

My favourites are still the P90, the M16A4 (triple burst, just need to aim straight!), the M4A1, the RPD and a new one the AUG (Light Machine Gun).

Each gun has XP rewards to help you to level up faster.  There are also gun Mastery rewards for using the guns in different ways.  Mastery level for a gun require 9 different achievements. These include 60 kills with the Red Dot equipped, 15 kills with the silencer, 20 kills with the grenade launcher, 40 kills with bullet penetration – complete all 9, get an extra 10,000 XP.  It can definitely add up and help you rank up faster.

Perks are back, again a couple of nice extras.  Bling is pretty cool, lets you outfit most guns with 2 attachments.  So you can have the Grenade Launcher and Red Dot sight fitted, or Holographic Sight and FMJ (bullet penetration), the choice is yours to help out on your quest to kill!

Might like to mention new equipment, not just your plain frag, C4 and Claymores anymore. Probably the most effective one in team objective games (Domination, Demolition) is Tactical Insertion.  This will let you spawn anywhere you want on the map.  But be careful, the enemy can also destroy you tactical insertion point.  I have seen plenty of matches where players spawn directly on a flag!!

Another one is the Knife – lets you throw a knife for an instant kill on an opponent.  We are already starting to see some amazing knife kills with knives being thrown across the map and killing people – expect to see way more in future.

What I don’t like at the moment, but put up with it.

Well that’s about it for me, this game was hyped up big time – to me, the hype has been justified.  I can see myself playing time for a long time to come. 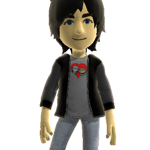