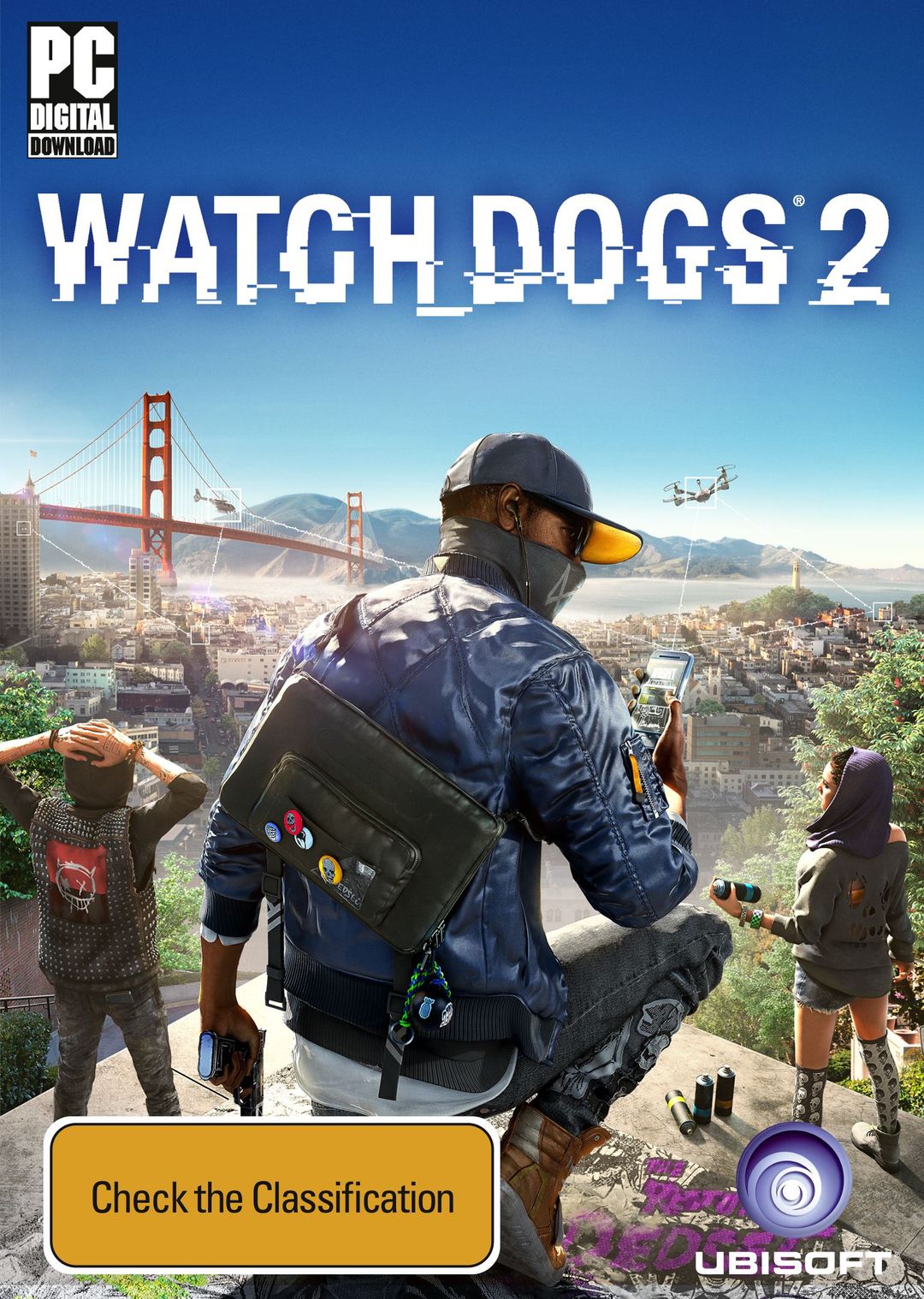 Watch Dogs 2 moves the series to San Francisco where a young Marcus Holloway has been wrongly accused of being a criminal by the ctOS 2.0 system. Marcus joins DedSec, a collective of hackers, with the goal of taking down ctOS 2.0 and the company behind it, Blume. This third person shooter introduces a completely revamped driving system developed by Ubisoft Reflections, who worked with Ivory Tower on The Crew, along with a variety of other improvements over the original title. 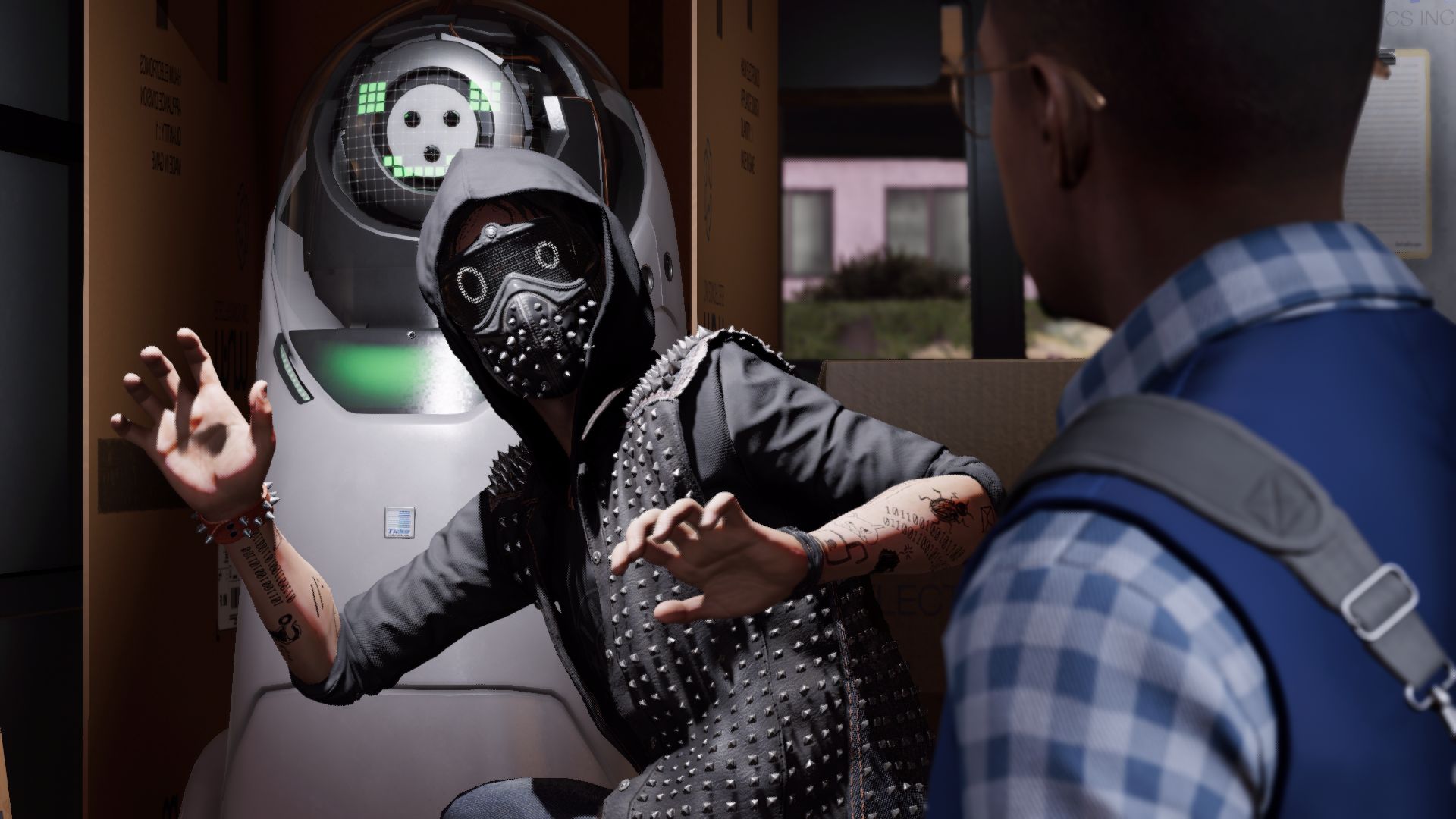 Watch Dogs 2 is set after the events of the first game. For those who have not played the first game, the story works very well as a self-contained title for the most part. There are a few side quests where characters from the previous game are referenced without much background, which can be a little bewildering for the first-time player.

Watch Dog 2’s plot is probably the weakest thing about the writing. The story is rather straight forward and the characters are not particularly deep. However, the world the writers have created is likely one of Ubisoft’s strongest. It is incredible how well Watch Dogs 2’s writers have blended fact and fiction to create a scarily plausible world. It is obvious that the writers consulted actual hackers while writing the script instead of hurling a variety of buzz words at the wall and seeing what sticks, like most TV shows and movies these days. Even the less technically savvy among us will have a lot to enjoy as Watch Dogs 2 is steeped with references to pop culture and current events. 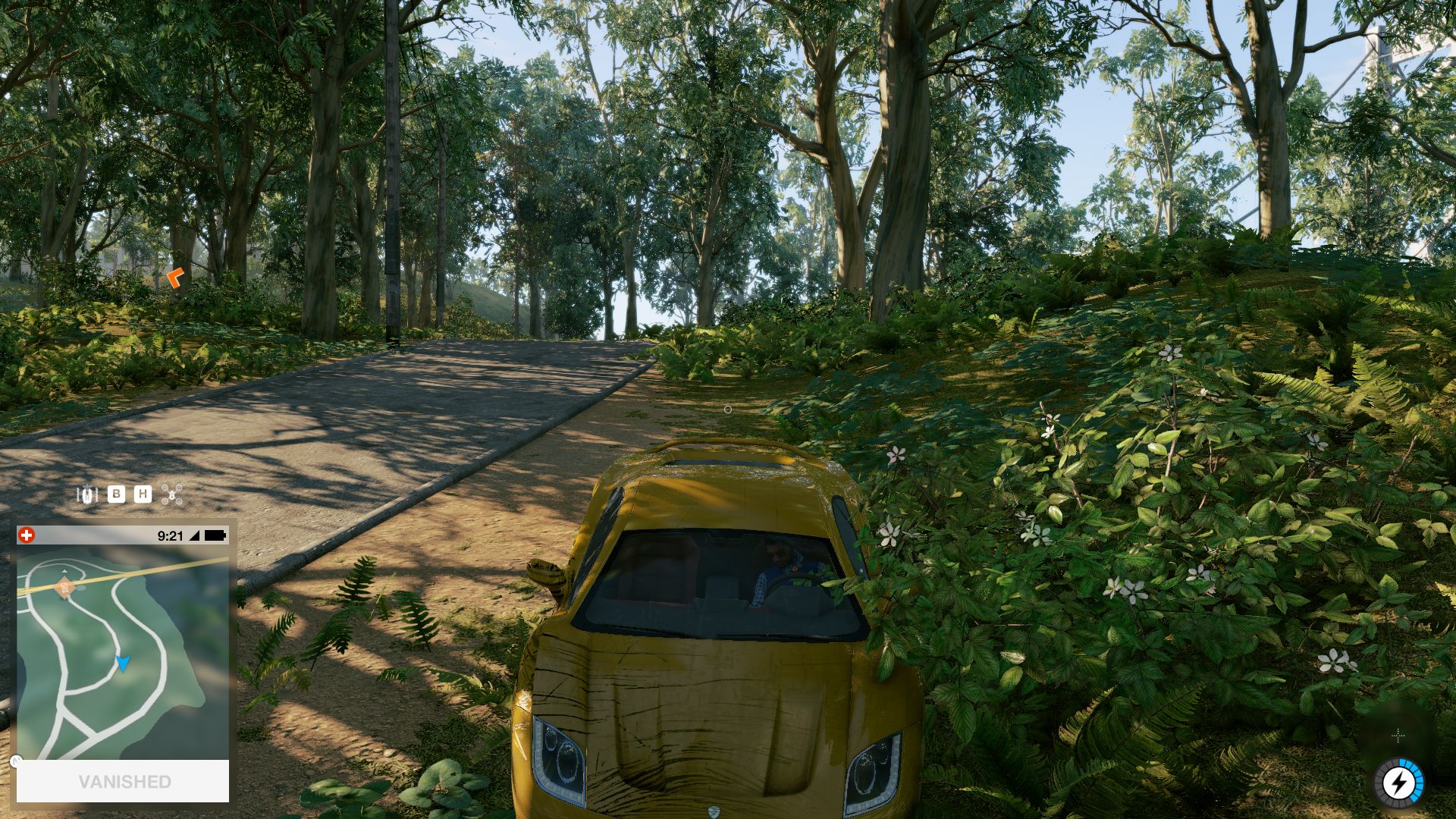 I was surprised how well Watch Dogs 2 handles diversity beyond the obvious fact that the main character is African-American. The people in Watch Dogs 2 are from diverse backgrounds and the writers don’t seem to be waving flags in the script screaming “here is a diversity box ticked off!” Instead, the world is diverse because San Francisco is diverse. While it is not perfect, it is probably one of the better examples I have seen in the past few years.

Watch Dogs 2 mixes an open world third person shooter with stealth elements. Marcus is a skilled hacker, fighter, and free runner all bundled up into one neat package. Marcus has three styles of play: trickster, ghost, and aggressive. While the skill tree does not restrict players to a specific style, each skill lists while playstyle it is best suited for. Although the game does provide plenty of options for aggressive players, it feels like the game was designed for stealth in mind as Marcus is rather squishy. Once enemies are engaged in an outright fight with Marcus, reinforcements can easily outflank and overwhelm his position. Players will need to augment head to head combat with trickster distractions or thin the herd down with stealth kills. Unfortunately, stealth is not nearly as fleshed out as Ubisoft’s other big free running, open world title Assassin’s Creed. Players have very few options for luring guards into position or disposing of bodies to prevent alarm, which are two must have options for good stealth gameplay. The gunplay itself is solid, though a bit plain. Marcus can carry two guns plus a stun gun, two types of explosives, and his two drones. The basic types of firearms are covered in Watch Dogs 2, with 3D printed options for those looking for specific types. 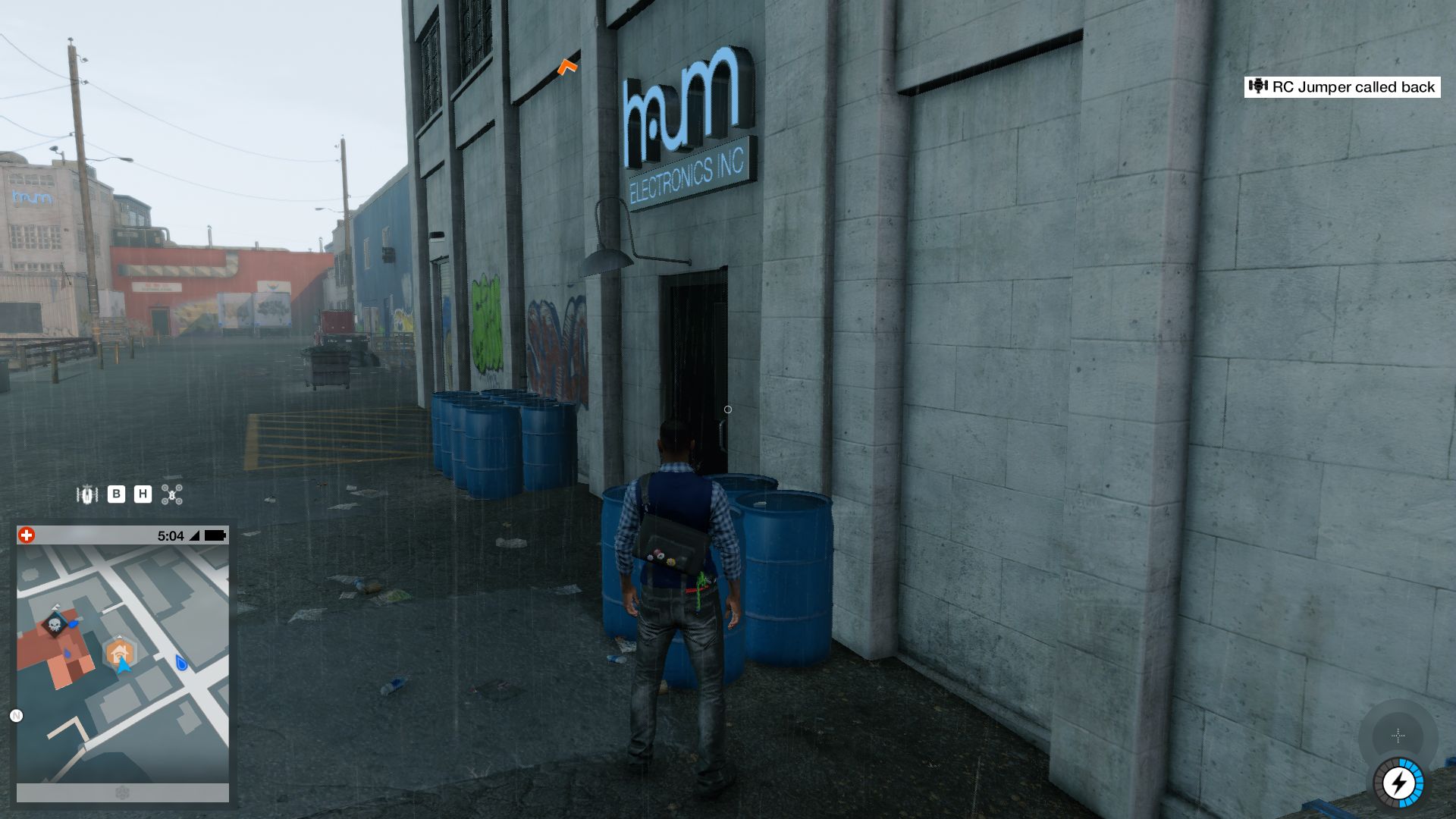 The hacking system in Watch Dogs 2 is the main attraction. The bulk of the hacking is automatic, with players targeting something or someone and choosing one of four possible actions to execute. Marcus can also execute a quick hack by double tapping the hack button, which will immediately trigger a distraction. The range is quite generous as Marcus can hack almost anything if it is within line of sight, including through cameras. To augment his abilities, Marcus has a NetHack vision that allows the player to see through walls and clearly marks important objects like hackable traps or points of interest. The system is unobtrusive and easy enough to be use in the thick of combat or quickly as Marcus darts to a new hiding spot. Drones help extend Marcus’ reach, allowing him to hack his way into places he physically cannot enter. The jumper is a two-wheeled drone that can pick up items and hack objects that need a physical connection, but is riskier since enemies can spot the jumper easier than the quadcopter. On the other hand, the quadcopter is strictly a reconnaissance tool as the bird eye’s view can help players plan or wreak havoc through hacking at a safe distance.

There are a lot of puzzles throughout the game. Most are environmental puzzles that players will need to solve to get into hard to reach places to snatch up collectibles. The other is a connect the wire type mini-game that serves as the stand-in for hacking. The puzzles are well done, but do get a little boring from lack of variety. 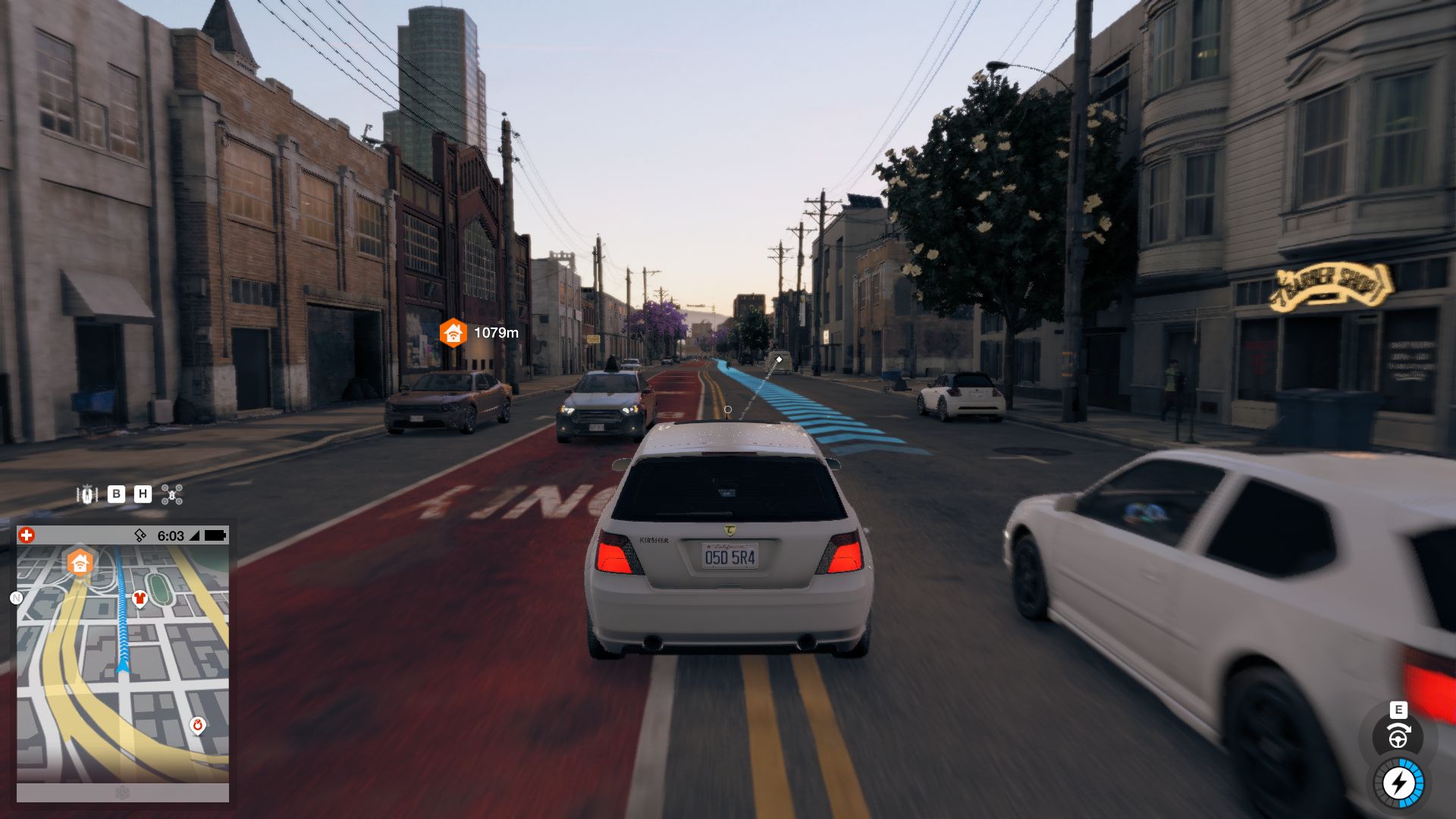 The missions are a bit of a mixed bag. The main missions are well thought out and provide a variety of objectives for Marcus. On the other hand, the side missions tend to be quite repetitive. They mostly involve going from point A to B and hacking into a terminal. The usual spread of activities round out Watch Dogs 2, such as ferrying around NPCs for taxi fares, taking pictures of points of interests, and racing.

The controls feel very tight in Watch Dogs 2. Marcus handles very well and his free running abilities automatically kick in when necessary. The driving controls feel just as responsive and is forgiving, making it very easy to weave in and out of traffic at high speeds. With a little practice, players will be able to pull off more advanced driving maneuvers in no time. 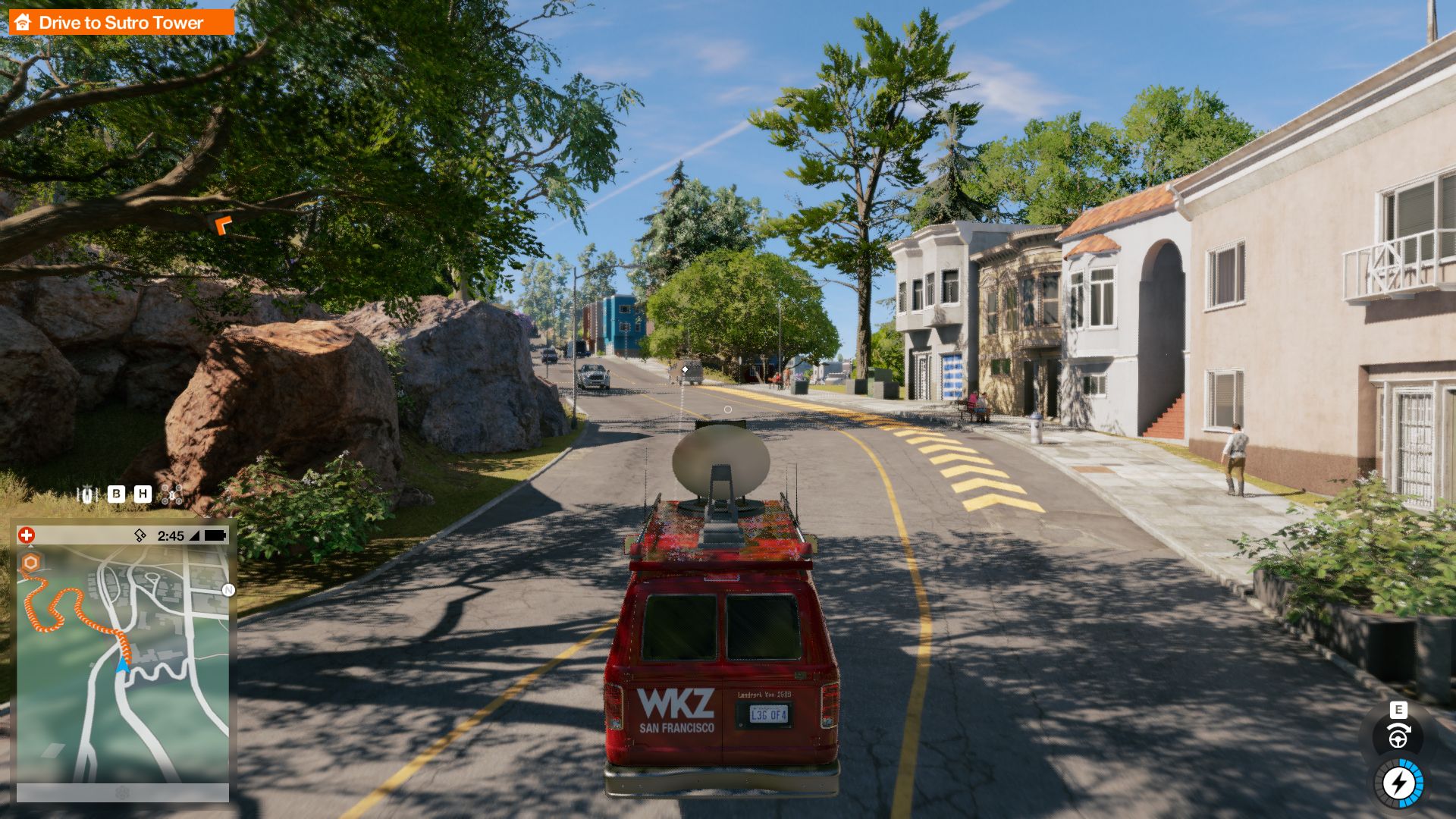 The AI is generally solid. NPC behaviour is believable and small events like an angry ex destroying a car on the street breathe life into the world. Of course, it isn’t perfect. Police sometimes have really weird pathing, especially when summoned with Marcus’ abilities, and NPCs can be a little too paranoid when it comes to danger.

Watch Dogs 2 supports seamless multiplayer that allows players to participate in both PVP and PVE. The system entirely optional and specific types of multiplayer can be disabled. PVP involves conflicts with Prime_Eight, the rival hacking group to DedSec. Players can invade or be invaded, with the invading hacker attempting to steal data from the host while they do their best to blend in. If the invader is caught, the game turns from cat and mouse to a flat out wild goose chase as the invader attempts to escape alive. I find the invasions are really fun in the right area where there is a lot of traffic for the invader to blend in; however, there are times where players are put together in a small, lightly populated area where it becomes very obvious who is controlled by an actual player. The second mode kicks in if a player attracts too much attention from the police, other players will be added to the game as bounty hunters, offering a big reward for taking out the target. PVP rewards players for participation, with extra bonuses for completing objectives. The co-op portion of the game consists of free-roaming through San Francisco or completing a series of randomly generated challenges. It is definitely fun to invite a friend to tackle a few missions, but it becomes repetitive very quickly. However, Watch Dogs 2 has left me with the hope that the next game will implement full blown co-op. 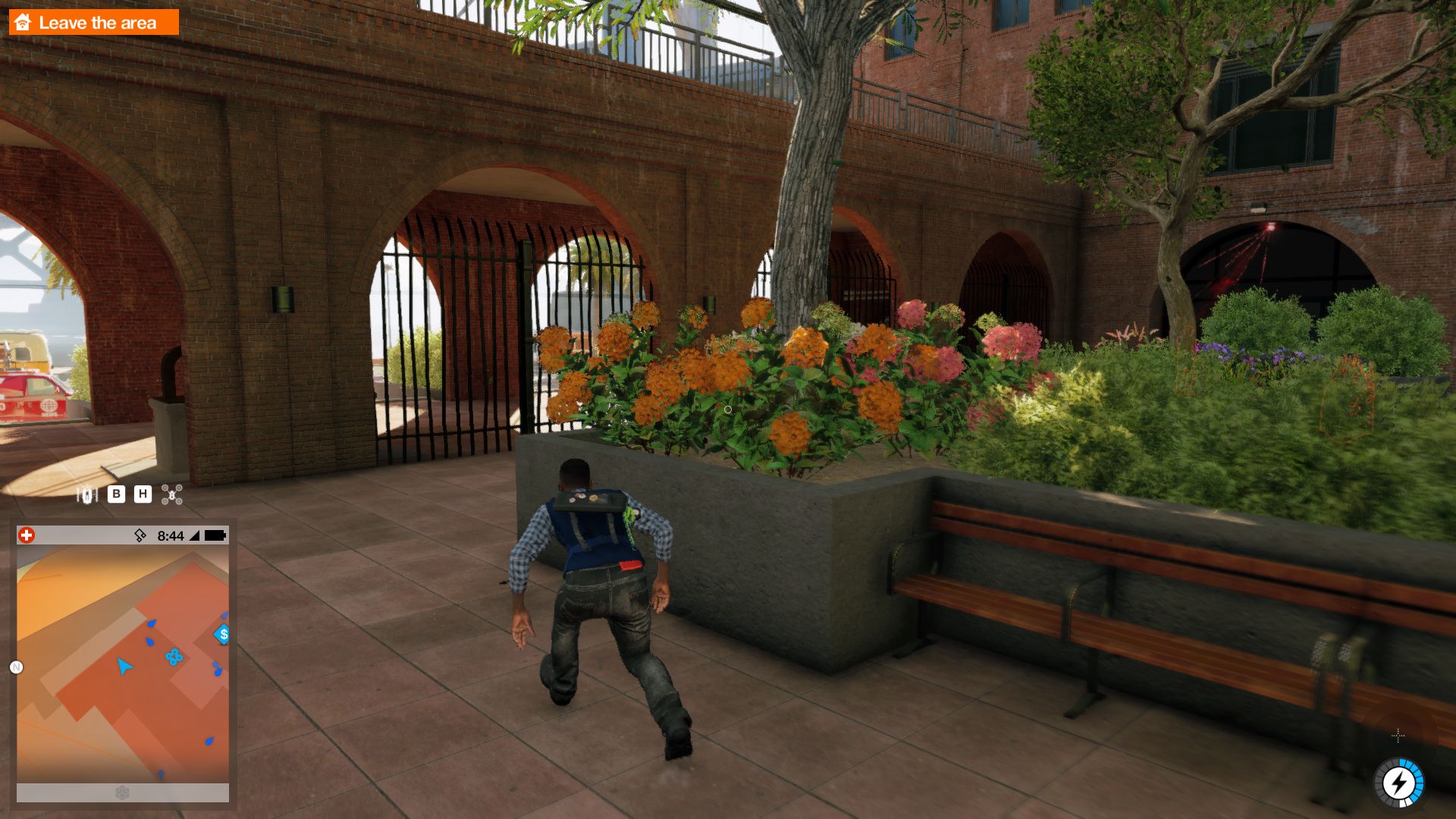 Watch Dogs 2 is gorgeous on so many different levels. The game captures the spirit of San Francisco, with its different districts and sunny skies. For those of us with enough horse power to run it, the famed San Francisco fog rolling in is just icing on that cake. Walking around Watch Dog 2’s San Francisco is like being able to visit the city without the expensive vacation. In addition, Sitara’s art is a nice hybrid of retro computers and street art and is used liberally in the game.

On the technical side, Watch Dogs 2 ran smoothly on the GTX 1070. Be warned though, certain weather effects like rain is killer on the FPS. Ubisoft has also included a separate high resolution texture pack for more eye candy for video cards with 8GB of VRAM or more. 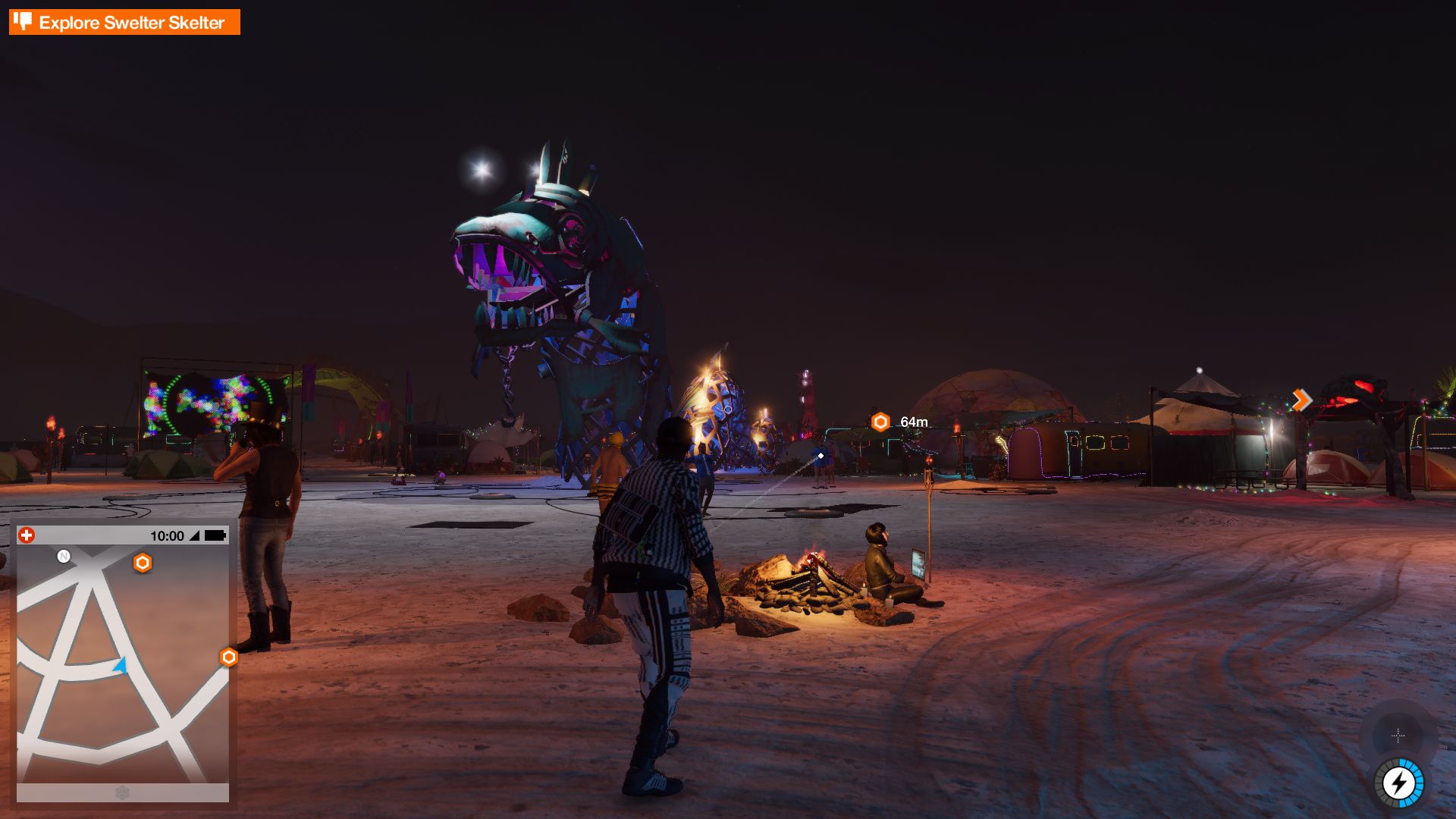 Watch Dogs 2 delivers an excellent audio experience. There’s a large variety of high quality sound effects. The voice acting is top notch, as expected of a big AAA title. The soundtrack is vast and draws from a variety of artists, both big and small.

Ubisoft Montreal’s take on San Francisco is among the best open world environments video gaming has to offer and the gameplay is very well executed for the most part. While I think the hacking mechanics are done well, the stealth mechanic could use a little bit more depth. The audio-visual experience is top notch. The main missions are excellent, but the side missions become repetitive very quickly. I applaud the writers crafting a wonderful setting, but the plot and characters lack depth. Although there is room for improvement, Watch Dogs 2 is a step in the right direction for the franchise.

Watch Dogs 2 is a step in the right direction to establish itself as an Ubisoft staple franchise.
8