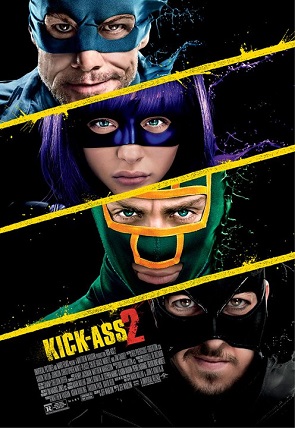 Kick-Ass 2 is a film adaptation of the comic book of the same name, and sequel to 2010’s Kick-Ass, which was written and directed by Matthew Vaughn. This time around, Vaughn has stayed on as co-producer with his production company Marv Films, once again joining Brad Pitt’s Plan B Entertainment, but has given the reins to the personally selected Jeff Wadlow (Never Back Down). The film carries on shortly after the events of the first, with lead stars Aaron Taylor-Johnson, Christopher Mintz-Plasse and Chloë Grace Moretz reprising their signature roles. Does the movie deserve the super-villain sized beating it has received from critics?…

Dave Lizewski is Kick-Ass no more. He has hung up the… scuba gear, and lives an everyday, adolescent life; something Mindy Macready is trying to maintain. She is caught between the proverbial rock and a hard place; a promise she made to her late father, aka Big Daddy, that she would never stop defending the city, and the promise she later made to her now guardian, his best friend Marcus Williams, that she would do the opposite and resign to experiencing some semblance of a normal, teenage life (something Big Daddy “stole” from her). But everyday, once she gets dropped off at school, she waits until the coast is clear, and takes a cab to the old hideout. 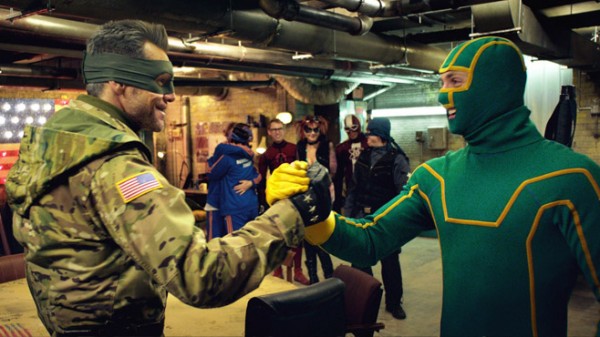 Dave wants to get back out there and be a hero once again after seeing his influence on the news, as numerous citizens have followed in his footsteps, wearing homemade outfits and patrolling the streets. But he can’t do it without Hit-Girl. Convincing her to train him expectedly draws the superhero out of Mindy, who gets caught by Marcus as she feigns being ill in bed, but doesn’t realise she has blood on her neck, which tips him off to her one-off bout of crime-fighting. Not wanting to disappoint Marcus again, she makes good on her promise to him, attending high school. This leads Dave to find the others like him, to make a supergroup with like-minded individuals.

He meets Doctor Gravity (Donald Faison) who introduces him to the already formed ‘Justice Forever’, headed by ex-mafioso Colonel Stars and Stripes (Jim Carrey). All the while, Chris D’Amico suffers another tragedy in his life – though caused by his own hand – the results of which direct him towards a revelation; that he is destined to be the world’s first true super-villain, inspired by his Dad’s corrupt ways, and the urge to avenge his death by bazooka, courtesy of Kick-Ass. After christening himself ‘The Motherfucker’ (you’ll see why), he himself sets out to put together a powerful team of bad-guys who would be known as the ‘Toxic Mega C_nts’. 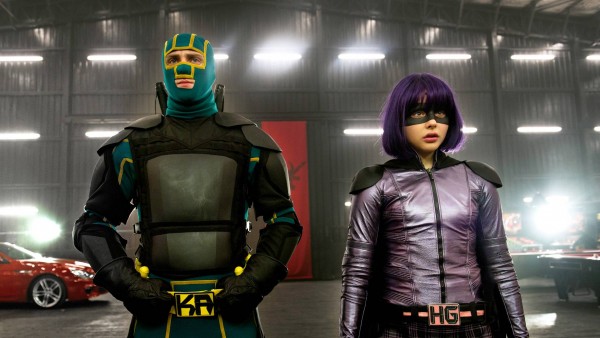 Once the sides are established, ‘The Motherfucker’ and his henchmen ‘Black Death’, ‘The Tumor’, ‘Genghis Carnage’ (awesome name) and ‘Mother Russia’ – the heavy – begin to wreak havok. Without explicitly spoiling anything, you will instantly hate them after they kill someone in particular, who was poised to become a fan-favourite, in cold blood. Lines are crossed as loved ones become involved, with one thing on D’Amico’s mind – revenge. You can safely assume along the way to the all-out brawl conclusion (a sneak peak of the setting in the image above) that much blood is spilt. In fact, Kick-Ass 2 features one of the more gruesome deaths in recent memory. Hint: do not fight on a moving van! No, that wasn’t a possum under your wheel…

Hit-Girl is still more kick-ass than, well, Kick-Ass, but viewers will also gravitate towards the imposing Mother Russia (Olga Kurkulina). Olga is a real-life bodybuilder and it shows…if any man says he is not intimidated by the absolutely jacked, amazonian woman, he is a liar. She definitely presents the biggest threat, and has an epic one-on-one with Hit-Girl at the climax of the film. She is also responsible for the most outlandish kill sequence of the movie, when she decimates a series of cop cars in quite inventive fashion. First Sinister, and now this?! I’m just gonna hire someone to do the lawn-mowing now…the action is adrenaline-filled (literally, at one point) and you’ll also be laughing hysterically…unless potty humour is above you. In that case, sir, this film just ain’t for you! 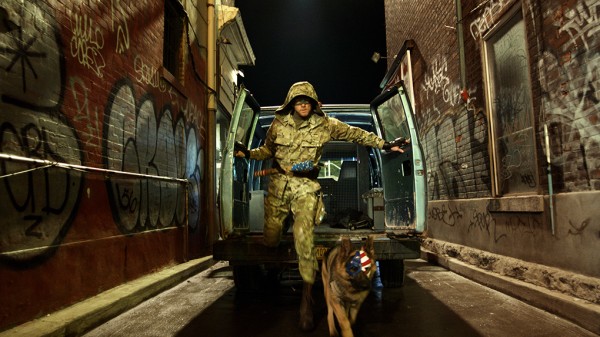 Kick-Ass 2 maintains the contrast of the charismatic and colourful visage of these larger-than-life (attempting to be at least) vigilantes against the plainer, more generic city-streets setting. The visual style and language of the first film has carried over here in the second, although it may at times feel less dynamic due to the difference in directorial styles between Vaughn and Wadlow. That being said, Wadlow certainly handled his own here with the fight set-pieces being well choreographed and captured, proving that he indeed knows how to shoot action and have it read well. 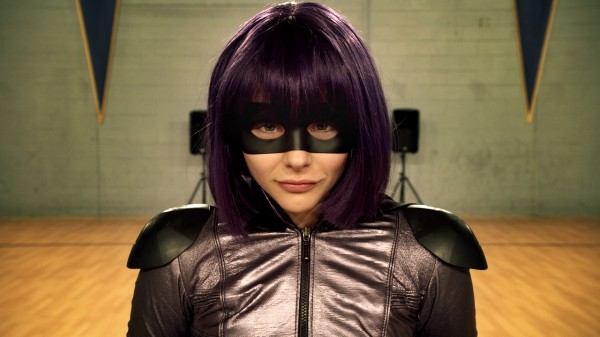 The score by Henry Jackman – who composed the original and has worked with the likes of Seal and Hans Zimmer – and co. is your usual superhero fare. Moments of courage, sadness, peril…they’re are all underscored with an appropriate sound, sometimes able to pass as a Spider-Man soundtrack. The licensed music is used to much superior effect with tracks such as ‘I Hate Myself For Loving You’ by Joan Jett and the Blackhearts and ‘Dance’ by Danko Jones being a couple examples of very fitting choices.

While also being a subversive, effective superhero flick in its own right, Kick-Ass 2 is as much a ridiculous parody of the usual superhero clichés as the first film; it just happens to tackle different, more mature elements of the genre archetype this time around, such as the “orphan prerequisite”. In doing so, it is considerably darker than its predecessor, but just as, if not more, fun. It’s only natural, being a sequel, that its central concepts and motifs don’t feel as fresh now…but who cares as long as it’s entertaining?! And that’s exactly what Kick-Ass 2 is.

The first act in particular is hilarious, the moments of over-the-top carnage are intact, and the pace rarely slows for any substantial period of time. Jeff Wadlow may have brought a more grounded approach to the direction than Matthew Vaughn, but frames the insane action just as well in his own style. If I had to fault the film for any one big thing, it would be for depriving the audience of more scenes with Jim Carrey’s wacky Colonel Stars and Stripes. Kick-Ass 2 is still an, ahem… ass-kicking (original, huh?) comic-book blockbuster. Just ignore the overriding critical opinion at the moment, loosen up and enjoy the adrenaline-spurred ride. The fans have spoken.