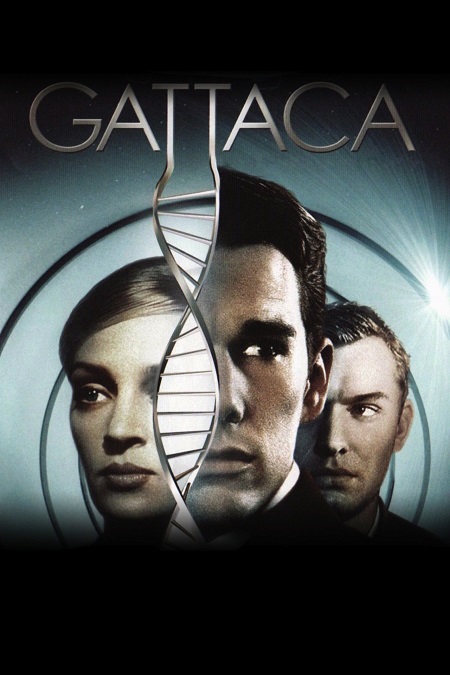 I am a huge fan of writer/director Andrew Niccol. Although his body of work is not nearly as prolific as some other luminaries who grace the bill at In the House, he does have some fairly strong entries with his 2005 film Lord of War being my all-time favourite film. I’d seen Gattaca a number of times since its release but missed out on watching it in its theatrical run (to be fair, I was a spritely 5 years of age at the time). Thanks to the folks at In the House, I would be able to rectify the shortcomings of my ill-timed birth by being able to watch Niccol’s directorial debut in all its glory on the silver screen as a part of their science fiction double feature alongside The Fly. 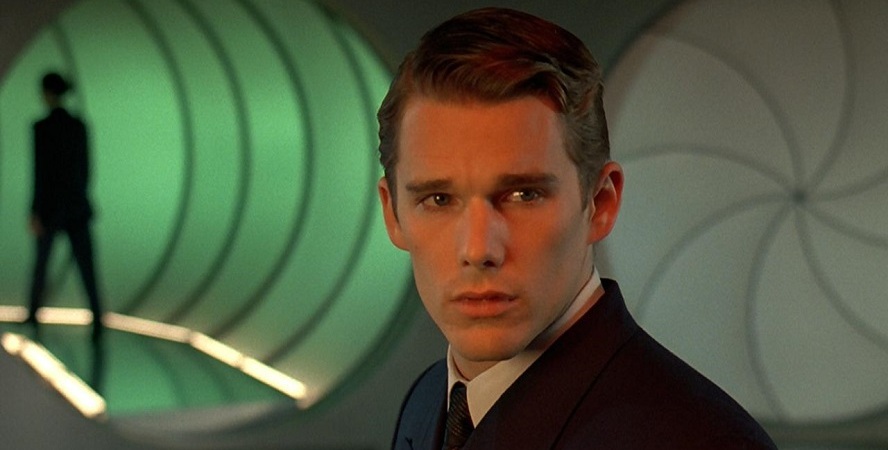 Unfortunately, both Jason ‘Jabba’ Davis and David ‘Quinny’ Quinn were not in attendance for this screening and I missed their shenanigans. We were given a short filmed segment starring them where they spoke about some of the film’s trivia such as the fact that as a part of its marketing campaign, the production set up a fake agency which offered gene tailoring (similar to that featured in the film)… and received earnest interest from expecting couples who wished to alter their unborn child. In the House also screened an entry from the Peninsula Short Film Festival called You’re It which was a pleasant example of light film fare before digging into the meatier stuff. It’s good to see local productions being supported by cinema institutions and I’m glad that they have a place at In the House.

The film begins by introducing us to Vincent Freeman (Ethan Hawke), who is a genetic undesirable living in a technologically advanced but highly discriminatory eugenic society. We are introduced to him in the guise of Eugene Morrow and learn of how he came to the situation where he assumed the identity of this individual in order to fulfil his dreams of joining the space program. A week before he is about to embark on his mission, however, a murder takes place at Gattaca and the police investigation leads them to suspect that Vincent may have been the murderer. As the week and the investigation progresses, we learn more about this society that devalues Vincent as well as the lengths to which he’ll go in order to transcend the limitations placed upon him. 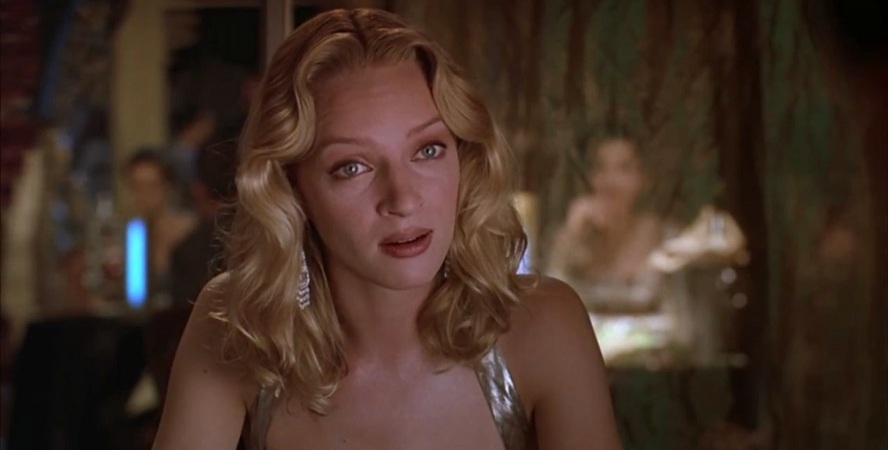 What I loved about this film is the conceptual strength of its premise and the way that it permeates throughout the film. It’s not simply a sci-fi gimmick which is showcased in one or two scenes, which is often the case with conceptual fiction, but rather permeates throughout the story and the world. The reveal of Vincent’s backstory and exposition might be a bit of a clumsy way to showcase this world, but it does the job of establishing the basics of what the audience needs to know before quickly getting us back into the story. There are probably more subtle ways to establish the protagonist and the stakes we’re going for but there’s a charm to the direct symbolism of the film which I can’t help but find endearing.

Hawke does a good turn as the indefatigable Vincent and alongside Uma Thurman’s Irene, we get two strong performances for both leads. Ethan’s performance in particular was tough one whereby he plays a character who is playing another character. He does well to give Vincent this depth as a man who appears supremely confident but is in fact absolutely insecure beneath the veneer. Thurman has a similar depth to her character as her arc has her seeing Vincent as a genetic superior before learning of his true nature and having the power dynamic shift completely. I wish that we were able to learn more of her character and her own experiences of the eugenicist society as she too experiences discrimination based upon her apparent genetic shortcomings but to a lesser degree than Vincent. 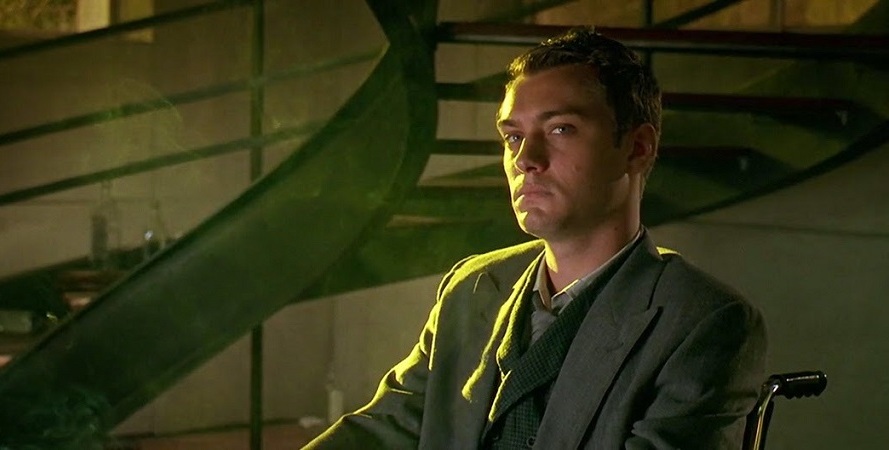 Jude Law’s performance as the (real) genetic paragon Jerome is terrific. He plays the character as a tortured perfectionist who, by accordance of his near perfect helix, should be sitting on top of the world but through capricious fate is now sitting in a wheelchair. His frustration is palpable and you can feel his entitled outrage at being predestined to be perfect but still coming up short. He is a joy to behold as a witty, sarcastic, and fatalistic foil to our protagonist. His storyline is the antithesis of Vincent’s and reinforces the film’s thesis that our futures are not predetermined by anything.

The film presents a vision of the future which is a utopian dystopia. The society is technologically advanced but human society remains flawed. We can argue all day about whether advanced genetic technology will lead to a better humanity or whether it will lead to a highly conformed and rigid structure such as the one exhibited in the film. Niccol’s views on the subject are clear, however, as nearly every extra in this film dresses and behaves the same way. It creates a distinct and uncompromising view of what sort of hegemony society will be left with if eugenic technology which on paper reads gives a quite cynical view of the world. The film does leave with a more optimistic note as Vincent is able to transcend the barriers placed against him by institutions and his own genetic code to forge his own path. 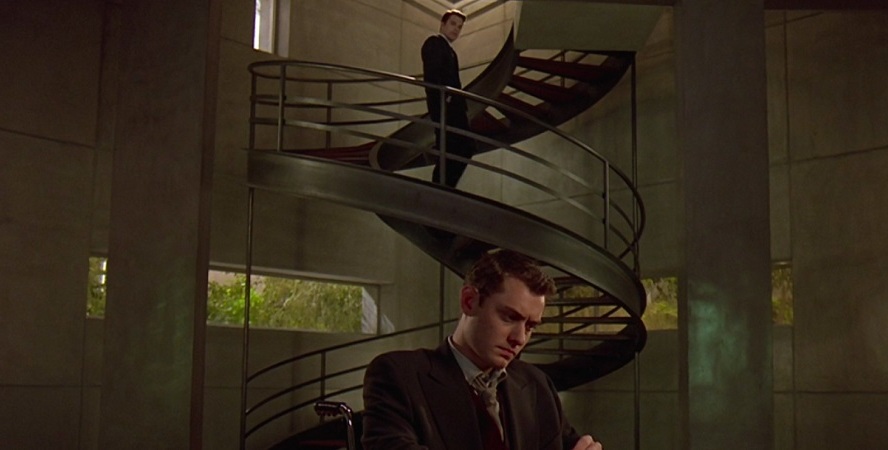 Niccol is a master of cinematic style and this comes out in the film’s highly restrained colour palette. Most of the film is shot with a grey or beige colour to it to give us a visual sense of the hegemonic utopia/dystopia which the film depicts. His visual direction and shot composition generally stick to Spartan environments and help to create a vision of a world which feels futuristic but grounded. This restraint pays off in dividends as the film creates a restrained feeling to its own world.

The film’s score features sweeping orchestral pieces to reinforce the emotional impacts of the film. The soundtrack does a good job of punctuating moments of tension and fear but truly shines when it’s audio motif finally crescendos at the climax. As the music swells and we see our protagonist’s journey finally conclude (for us at least), the sweeping strings and melancholic piano combine together to become something far more uplifting. 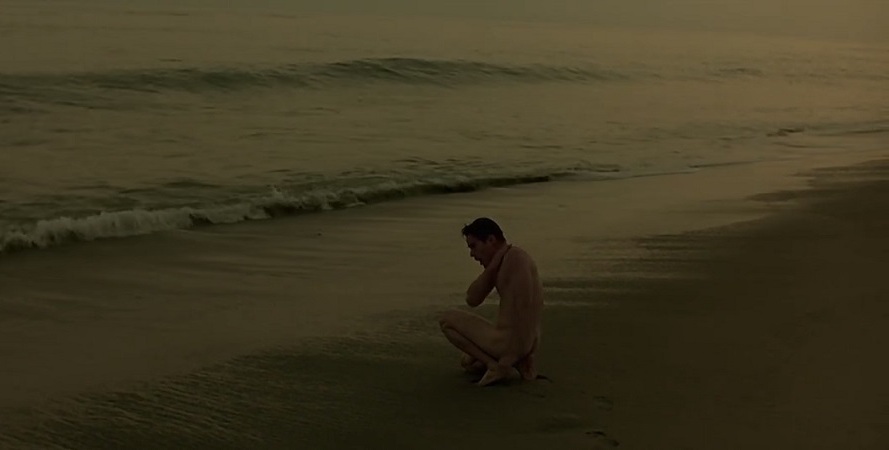 I immensely enjoyed this film and I wholeheartedly recommend it to anyone who is a fan of good sci-fi. The story and the characters are all interesting with a strong concept behind it that permeates throughout. Niccol’s direction creates an interesting visual style with a focus on restraint to reinforce the film’s thematic concerns. The film’s score does superb job of punctuating the film’s emotional beats while also helping to create an uplifting but sombre crescendo at the film’s climax. It was a pleasure to see it again and a great experience to see it up on the big screen. Kudos to In the House for screening Gattaca as part of their science fiction double feature!

Gattaca is a terrific science fiction film with a great concept behind it and a strong execution to boot.
9