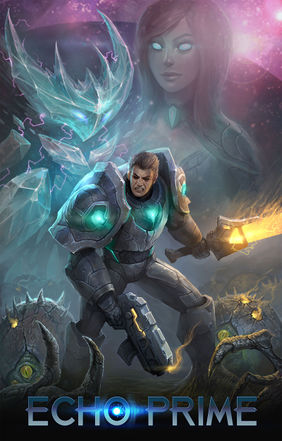 Overview
Robot Entertainment had a couple of smashing successes on their hands with the popular third-person tower defense Orcs Must Die! franchise and strategy game Hero Academy. Now, they’re looking to port their latest iOS offering, a Diablo-esque space RPG called Echo Prime, over to the PC. Will Echo Prime resound throughout the halls of history or should it fall on deaf ears? 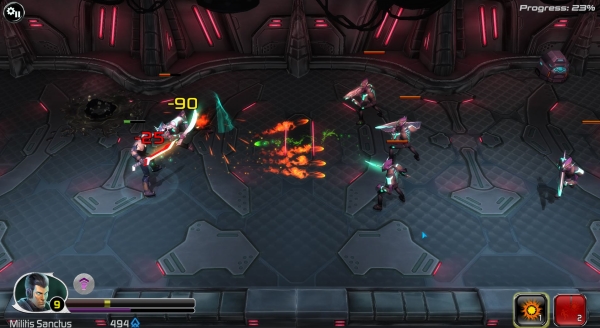 Gameplay
Echo Prime was built on game mechanics that will likely feel familiar to anyone who’s given Blizzard’s Diablo series a go over the years. While it’s a tried and true formula, Echo Prime just doesn’t keep itself as exciting or interesting as the genre’s premiere offering in any way.

You are the head security officer on board a space ship. Chaos breaks loose, and in the final moments you hear a voice. She tells you she is the “prime echo”, and explains that echoes are beings from distant worlds which will lend you their power. 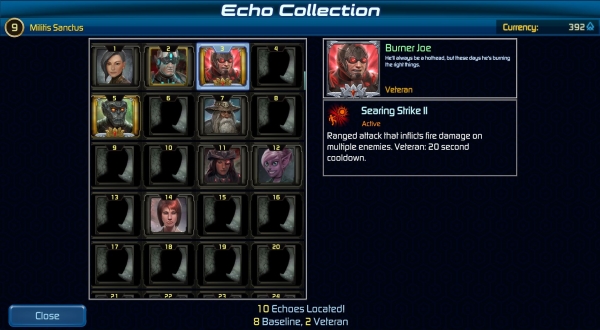 In the game itself, an “echo” literally translates straight into an ability. It can be something you manually activate (like a fireball attack) or a passive ability (such as increased armor by a percentage). At the beginning of the game, you can utilize only a single echo, with more unlocking slowly as you level up. After each mission, your echoes will gain points to level up right alongside you, ultimately giving you enhanced abilities and more money.

Beyond the echoes you can unlock (of which there are over 60), you can totally deck your character out with a wide range of guns, swords, armor, and helmets. There’s a standardized store you can buy a locked set of gear from – no loot hunting like games of this style typically have. Your character will actually change his look depending on your loadout, which is always a positive, but the lack of in-game drops hurts this game’s style. 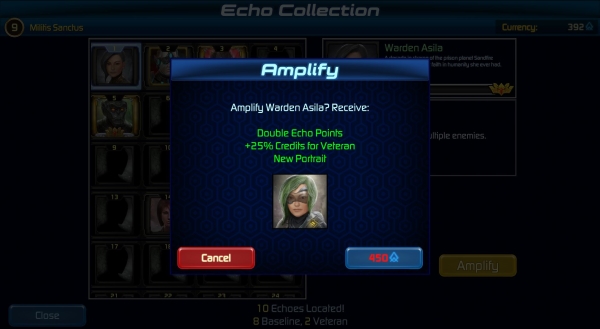 Another hindrance to the game is the mission and level design. Echo Prime was clearly built with smart devices in mind. Missions are generally conquered by completing a series of corridors that usually take no more than a minute or so to beat. Each corridor will have a few enemies spaced out over it’s length, and defeating every enemy grants access to the next corridor. When you beat all of the corridors, you’ve completed the mission. They do throw some bosses in there for you to bat around, as well as a few alternate enemies or mission types (destroy alien eggs or survive arena waves), but it all ultimately leads to a boring, repetitive experience that rarely shows anything new. 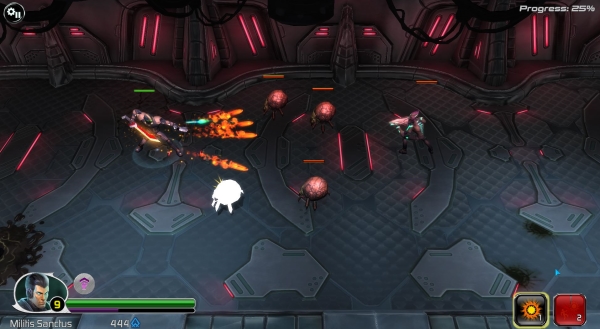 Visuals & Audio
The graphics appear as though they would have been impressive to see on a handheld device. The port to high definition on the PC wasn’t nearly so kind, though. The character models lack much of the definition an outright PC game typically has. This also results in fewer, simpler textures. The effects look ok and the variety of echo portraits are interesting, but fighting the same enemies ad nauseum in the same space ship corridors quickly grows stale. 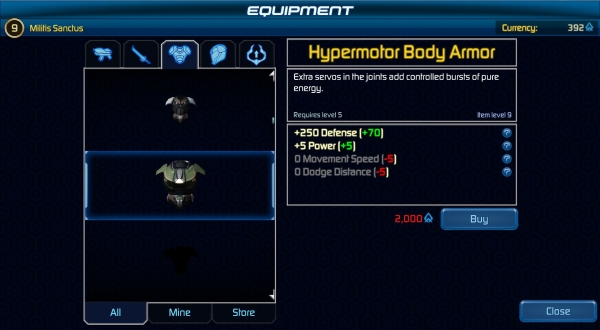 The sound design does nothing egregious to hamper the experience, but it’s ultimately a forgettable offering. There’s nothing that will leave you tapping your foot or going out of your way to dig up the soundtrack they include with the purchase of the game.

Overall
Overall, Echo Prime is clearly a mediocre PC port of a mobile game. The high definition version of the game does nothing visually impressive and the sound design is fairly forgettable. Endless uninteresting corridors with the same enemies over and over will have you ready to step away from the game within a handful of hours with it. If you get the game, you’ll likely have some fun with it for a little while, but you probably won’t stick with it long enough to complete the game.