Stunlock Studios is building on their experience with their top-down brawler Battlerite for their next game V Rising. It is a vampire themed crafting survival game using a similar top down brawler mechanic for combat. V Rising is currently on Steam Early Access with plans for more content being added over the next year before a full release.

There isn’t too much of a plot in V Rising. Most of the writing is dedicated to the short biographies of the V Blood targets the player will hunt down over the course of the game. It’s nothing special, but it does give a little life to the characters.

V Rising’s crafting survival mechanics are the standard affair. Players will run around the map collecting resources and fending off enemy. Since this is a vampire themed game, the needs of the undead are a little different than the mortals. The vampiric themed mechanics are done well. They follow the standard lore closely and provide compelling gameplay without being intrusive. For example, the player needs to keep their blood pool topped up to heal themselves. The developers add an extra layer of complexity by having all the enemies in game have their own blood type and quality which will dictate what buffs the player will have. Blood pools are large enough that finding high quality blood is not only a reward that will last quite some time, but it also rewards players for coming prepared with other sources of healing items and avoiding damage by dragging out the buff length.

The crafting system is a work in progress. There’s a large tech tree to grind through that will take players from basic bone and stone tools all the way up to exotic dark silver weapons. The crafting rate needs to be tweaked though. The game is currently scaled for groups of three or more players which makes soloing or playing as a pair quite the grind. Players will have to dip into the server settings to bump up drop rates and speed up craft timers if they don’t want to spend forever grinding.

Luckily, Stunlock Studios has created a very flexible server configuration that lets players have a lot of granular control over the gameplay experience. The developers even provided several presets to scale the game at different difficulty levels. Considering the grind, a few extra presets designed to scale the game for solo players would have been a great addition. Also, an editor that allows players to edit these settings in game after the server is created would be handy as players currently need to edit the actual config file itself to make changes.

V Rising doesn’t deviate far from the genre’s formula in terms of base building. There’s a mix of production and cosmetic parts so players can build their ideal castle. There isn’t a huge variety for cosmetics right now, but the more important buildings with actual practical functions are there. I really like how the game encourages players to organize their castle into rooms with matching floor types to give their production buildings bonuses. It restricts the cosmetics a little, but the extra planning is a nice touch. My only annoyance with the building mechanics right now is placing buildings near the bottom of the screen can be difficult to see as the menu can get in the way. It would be nice if the build menu was temporarily replaced with a stripped-down set of instructions for place or cancel.

The combat in V Rising is without a doubt the star of the show so far. Combat is probably best described as skill forward. It’s nowhere near as punishing as a Souls game, but it’s not a mindless brawler either. Players will need to master the basic dodge mechanics to survive. The V Blood targets offer more complex boss mechanics, including some memorable fights like the armourer. The game feels tight and responsive in combat, and it’s a real joy.

Like many other things, balance is still being worked out. Crossbows are in an odd place. The range makes them difficult to balance since V Rising supports both PVE and PVP gameplay. On the other hand, their current state makes them inferior to other weapons due to their low damage output and painfully slow speeds. At this point, the game would be better served by either buffing the damage or removing crossbows completely if it is too unbalanced for PVP.

The audio/visual presentation so far is excellent. The soundtrack is full of enjoyable ambient and orchestral tracks that fit the vampire theme well. The sound and visual effects are solid. The visual effects are used in a smart way to convey important gameplay mechanics, like spending too long in the sun. The visual style has an excellent mix of moody tones in the dark that contrasts beautifully with the bright life during the day.

V Rising is already an intriguing game. It puts a unique and thematically accurate spin on the standard crafting survival game, then combines it with a solid combat system. It has a good amount of content, and the game is decently balanced considering its in Early Access. All things considered, V Rising looks like it has a very bright future ahead of it. 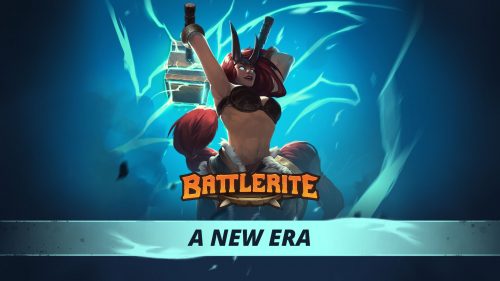