While the Steam Autumn Sale has traditionally been a smaller affair from the mammoth summer and winter sales, a ton of great PC games are still marked down up to 90% off.

The VR Game of the Year Award – When it comes to breaking new ground in games, there is no greater pace of advancement than in VR. If we had our way, all VR devs would get an award for building the future of immersive games and experiences unparalleled by any other medium. But since there’s only one trophy, it’s up to you, Steam Awards Selection Committee member, to crown just one as the best of 2019.

The Labor of Love Award – This game has been out for a while. The team is well past the first unveiling of their creative baby, but being the good parents they are, these devs continue to nurture and support their creation. This game, to this day, is still getting new content after all these years

The Most Innovative Gameplay Award – This game is at the front lines of experimentation, pushing the boundaries of the medium with exciting, novel interactions and brain-breaking surprises. This game thinks outside the box, and pulls you out with it!

The Outstanding Story-Rich Game Award – Some days, only a narrative-heavy game will hit the spot, and this one packs a wallop. It’s as gripping as any soap opera, and as well-tuned as a prestige-TV screenplay. Bravissimo — for making us feel things!

The Best Game You Suck At Award – Games have a way of pushing us past any limits we thought we had. Like a montage sequence, we put in work, training our fingers to be quick and nimble, mastering timing and placement over weeks and weeks. At the end of the gauntlet, we’re rewarded with profound beauty and a deep sense of personal growth. Unless you hurled your monitor through a plate-glass window on the first day.

The Outstanding Visual Style Award – These devs are the Willy Wonka of eye candy. Visual style doesn’t aspire to real-world graphical fidelity (though a noble goal in itself)… it describes a distinctive look and feel that suffuses an entire game. This game displays visual cohesion and expression that not only fit the game’s world, but make our world look paltry by comparison. 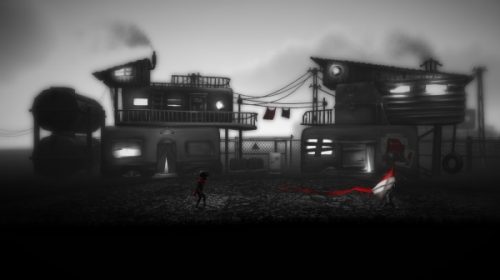