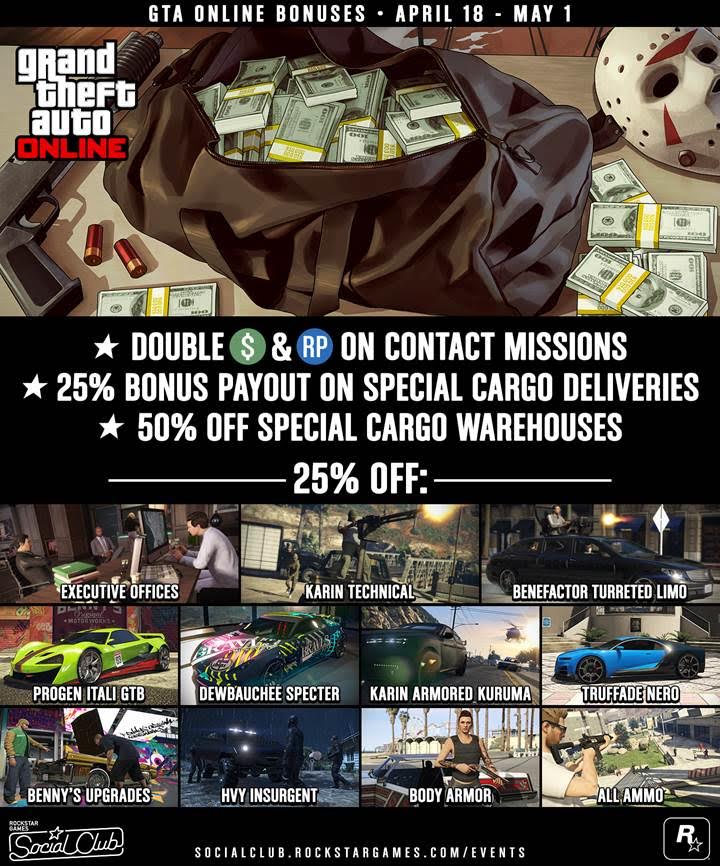 Rockstar announced that the jet black Duke O’ Death is available for purchase in GTA Online. Additionally, the exclusive weapons and vehicles that were only available to players who also played on PlayStation 3 and Xbox 360 are now available for purchase by all players. Those who previously bought the items can expect a refund of GTA$ next week.

This week’s premium race is Surf and Turf. Participants can find the starting line at Legion Square or on the in-game phone. The race runs from now to April 24th.

Rockstar is also running a major event from now until May 1st that will offer double GTA$ and RP on contact missions, plus 25% bonus payout on special cargo missions. Cargo warehouses are currently 50% off, while offices are 25% off. Additionally, the following items are also 25% off: 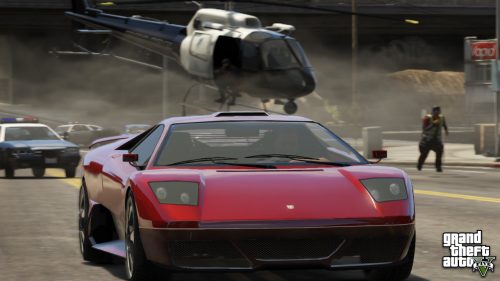