The world of Dragon Ball just got a whole lot bigger and a whole lot crazier. The upcoming Universe Survival arc, that has each of the 12 universes pitted against each other with the loser having their universe destroyed, begins on the fifth of February and Toei wants you to know about it. At the end of episode 75, the Japanese animation giant dropped a fifteen second preview of the new opening animation that will begin airing in tandem with the new arc. In that fifteen second clip we got over 15 new character designs some of which are very unique for the Dragon Ball Universe and one that seems very familiar. 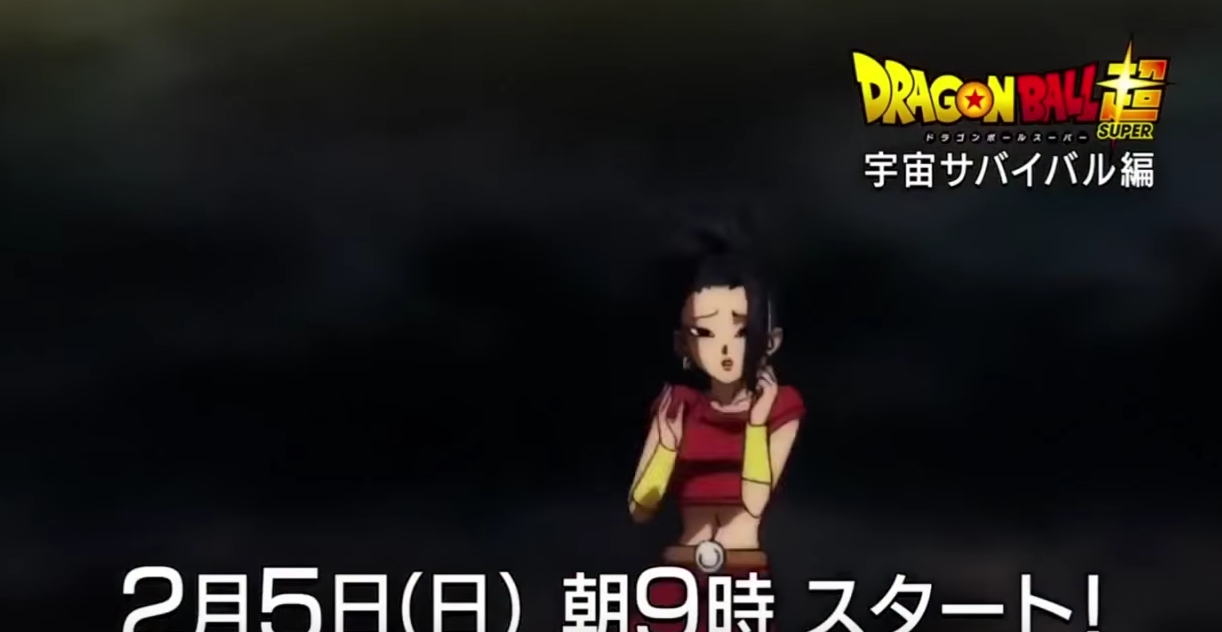 The preview starts out with some familiar characters, Cabba and Frost from the Universe 6 vs. Universe 7 arc and then it get’s weird. A female saiyan with clear design inspirations from the Legendary Super Saiyan movie villain Broly shows up and transforms into the unique green haired Legendary Super Saiyan form, looking near identical to Broly as she does it. Not only is this the first female to achieve Super Saiyan in the series main canon, but to have a design inspired by a movie villain is also unprecedented for the series. It will be really interesting if the characters comment on the new female and Broly’s similar appearance as it has always been made clear the movies are in their own side continuity. 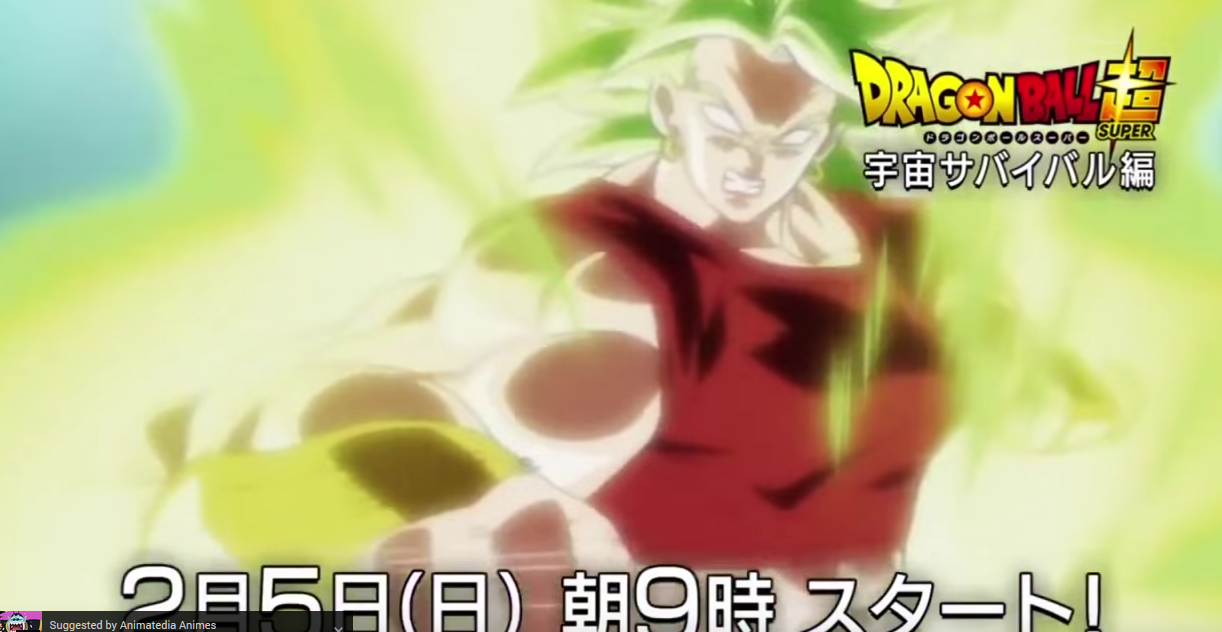 If that wasn’t crazy enough we then got a clear look at over half of the new Gods of Destruction that represent each universe as well as their angel carers and counterpart Supreme Kai’s. We start off with this fuzzball on the right who has a chubby angel counterpart and rather standard looking Supreme Kai accompanying them. 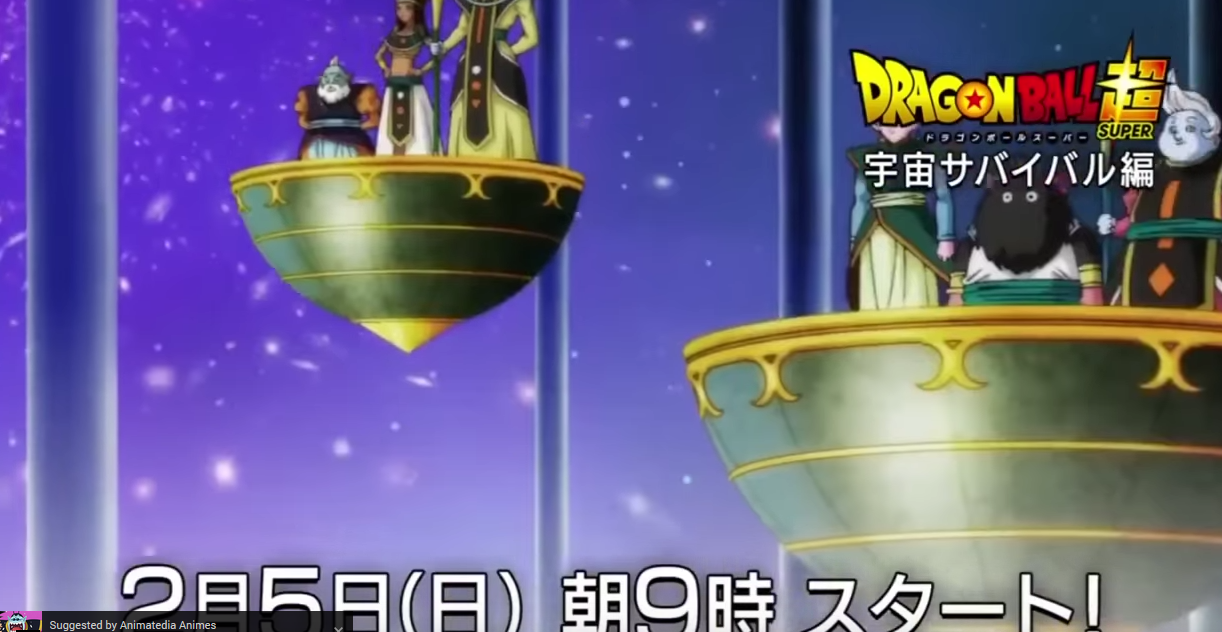 Then we move on to some more epic designs. This God of Destruction seems to be heavily based on the look of an Egyptian pharoah and could be a male or female, it’s hard to tell from the screenshot. Likewise he is accompanied by a Legolas-looking angel and a more portly Supreme Kai. To the left of them is a God of Destruction that seems to be a fusion of Android 16 and Magetta. Unfortunately his godly counterparts are too distant to be seen clearly. 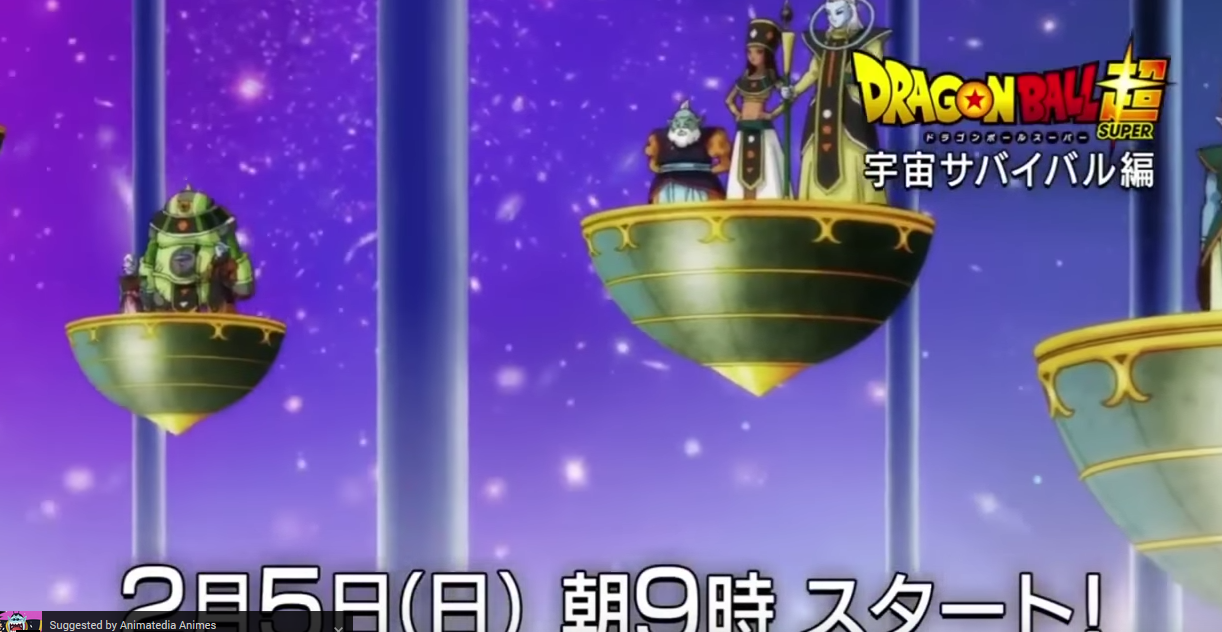 Now there’s a familiar face. Gowasu from the Future Trunks arc makes a return alongside his own very young angel and pink elephant God of Destruction. To their right is another God of Destruction who looks a little like Beerus but seems more inspired by wildcats such as the Linx or Cheetah. That God’s angel wearing the brown robes seems to be the one that was leaked in V-Jump magazine recently alongside another design for a God of Destruction that resembled an orc. It is confirmed those two designs were done by Akira Toriyama but it is unconfirmed if the rest of these new characters were also handled by the creator. 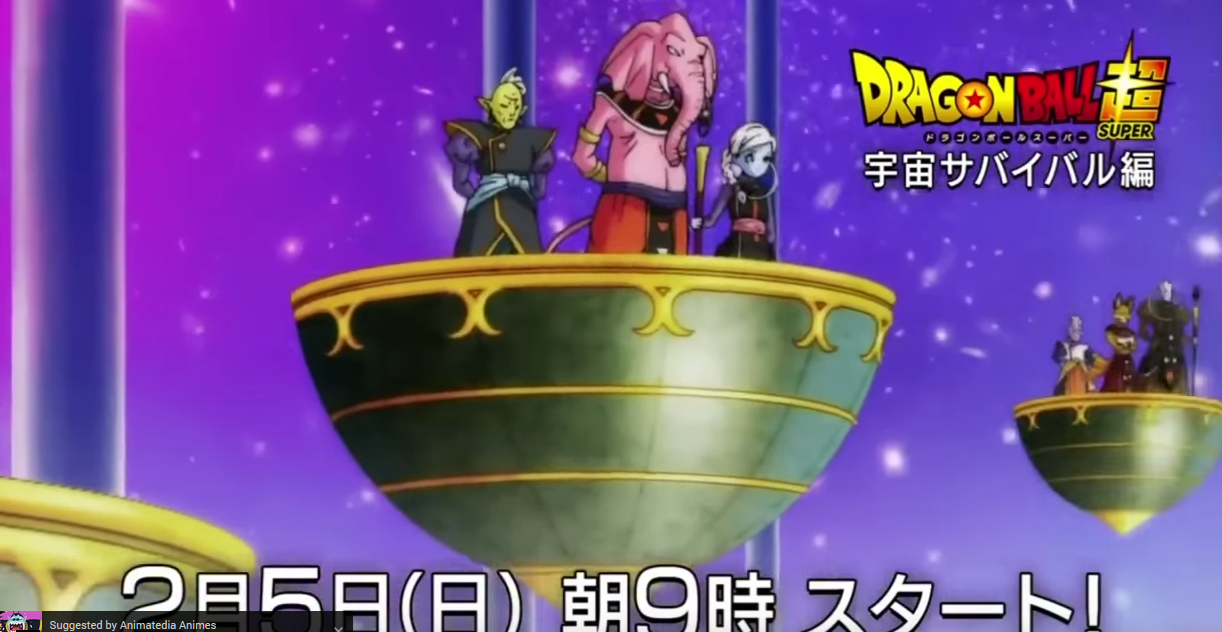 And then it got really weird. A clown and a girl whose clearly been playing too much Arkham Asylum. Apart from being creepy just because it’s a clown that is one scary design, especially as it’s so realistic in comparison to the specialised look of Goku and company. The Supreme Kai seems like nothing special but that hooded figure is very mysterious as it is the only platform to have a fourth character standing on it. 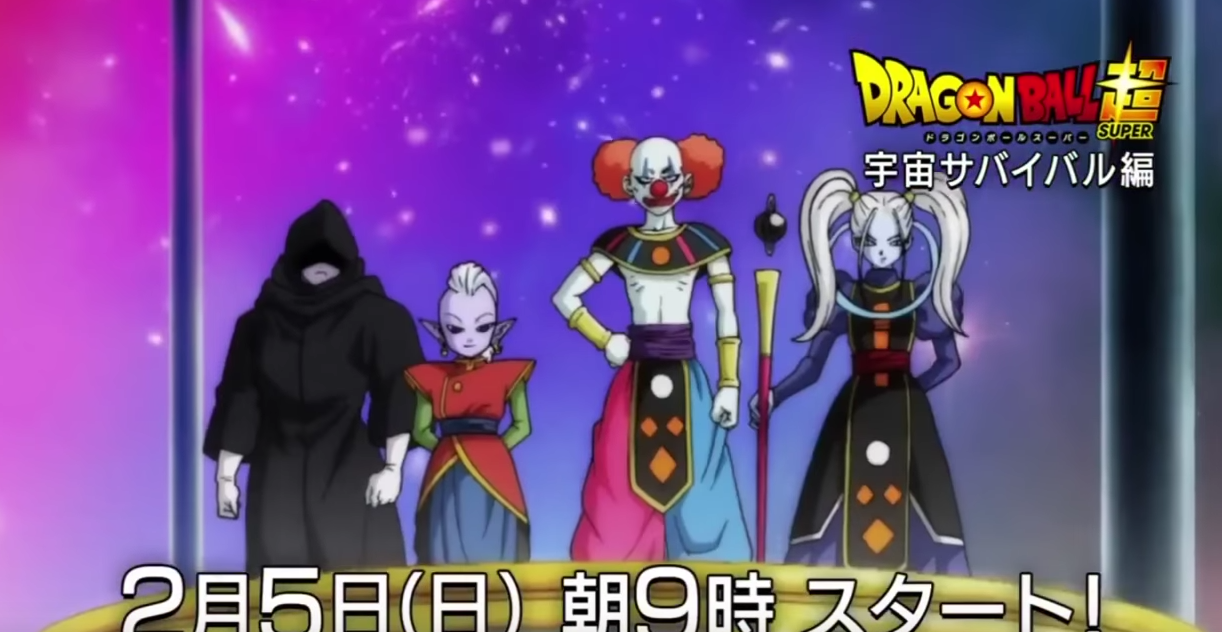 The preview closes out with shots of Goku fighting a humanoid wolf wearing a scarf and Vegeta fighting some kind of teletubby that definetly looks like it came from the same Universe as the clown God of Destruction. 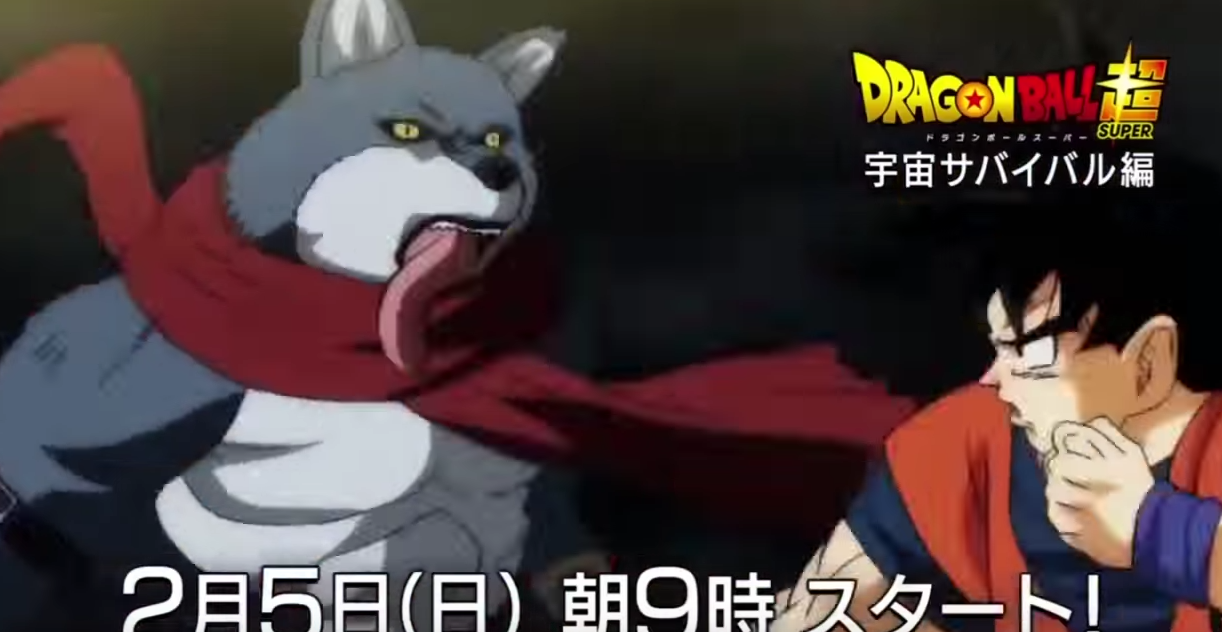 Please let us know what you think of all this crazy new information in the comments below. As a long time follower and huge fan of Dragon Ball I’ve got to say I am completely stumped by this footage but that is a great thing for a series as old as this. Bring on the next arc in two weeks time! 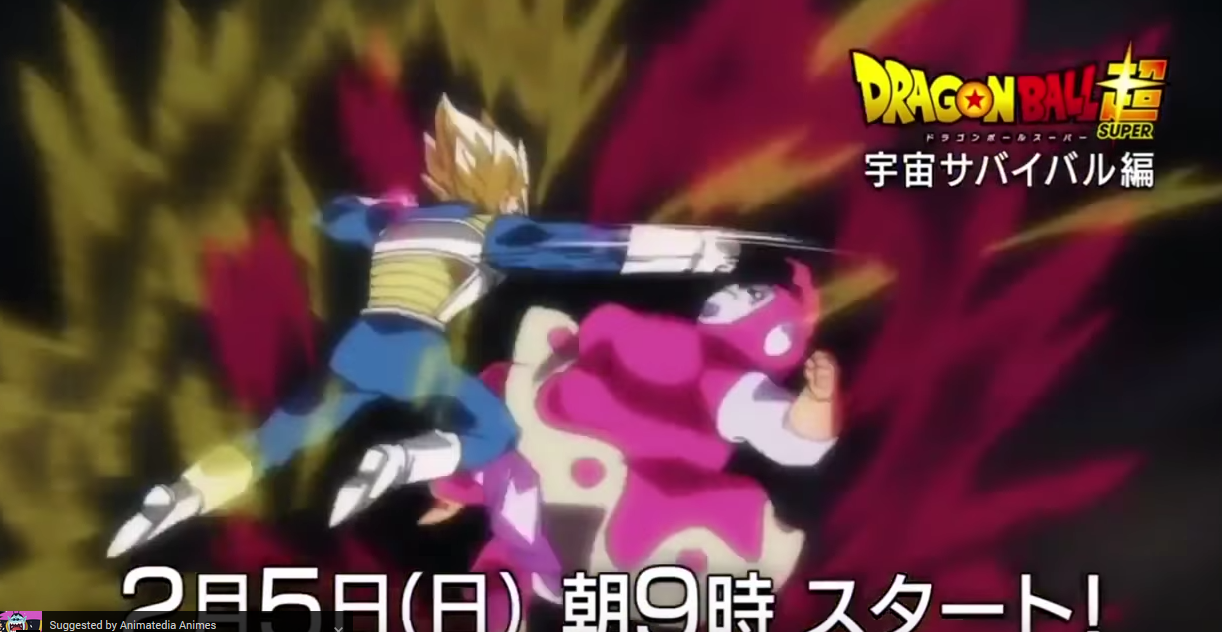