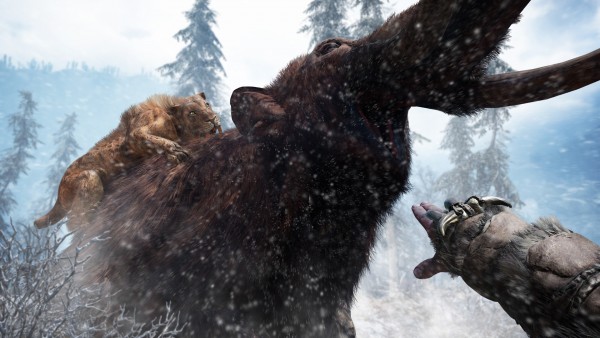 Ubisoft has released a new live action trailer for Far Cry Primal highlighting the game’s archaic setting. The live action trailer entitled “Charge” kicks off in a war zone set in the near future. As our hero charges forward, he hops from historical time period to time period until suddenly he’s in the Stone Age. The trailer wraps with with some gameplay footage from the game.  “Charge” is missing the classic M1 Garand from World War II, but otherwise the costume detail is absolutely fantastic!

Far Cry Primal launches on February 23rd for PlayStation 4 and Xbox One. The PC version will launch one week later on March 1st.