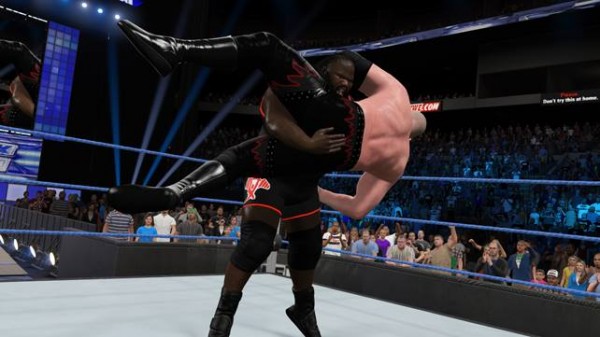 If you happen to be a big fan of Sexual Chocolate, now simply called Mark Henry, then you’ll be happy to hear that WWE 2K15‘s latest piece of DLC focuses entirely on Mark Henry’s rise to dominance during his time of putting various superstars into the ‘Hall of Pain.’

This DLC is priced at $13.45 and is available with the Season Pass and in this DLC the 2K Showcase: Hall of Pain will feature Mark Henry’s highest profile matches from 2011-2013 including his battles against Kane, The Great Khali, the Big Show, and even Randy Orton.

Full details about what is included in the DLC, as well as a trailer for the DLC, can be found below: