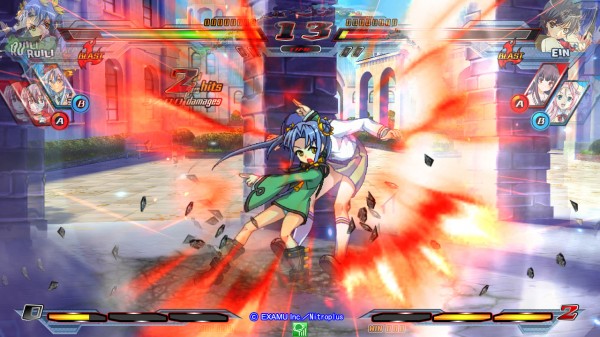 Recently we saw the first preview trailer for Nitroplus Blasters: Heroine Infinite Duel released by Examu and now Dengeki Online has released five gameplay trailers with each of the videos focusing on one member of the currently revealed fighting roster.

You can check out the videos below where you will not only see Ein, Mora, Al Azif, Ruili, and Saya in action but also a number of the partner characters. Currently this fighting game is only scheduled to be released in Japanese arcades sometime next year, though the chances of an eventual Japanese console release are quite high.