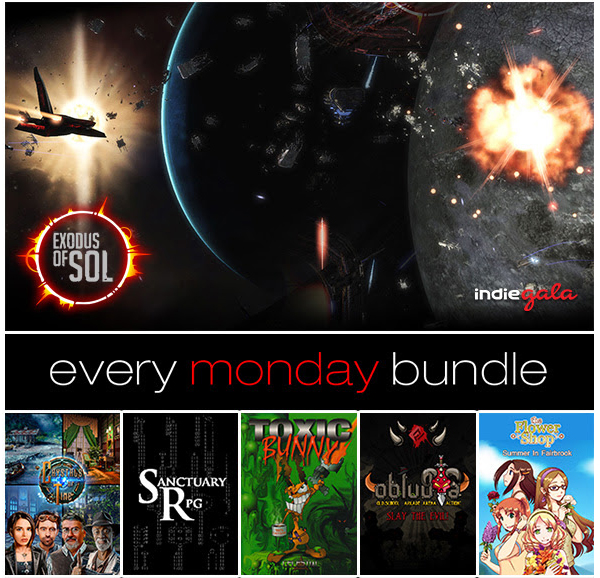 Obludia – Mix classic games like Smash TV with RPG mechanics and you get Obludia. The game features 50 levels, 5 bosses, and 8 weapons to conquer it all.

Flower Shop: Summer In Fairbrook – A farming and dating sim that’s perfect for the fans of the Harvest Moon series. 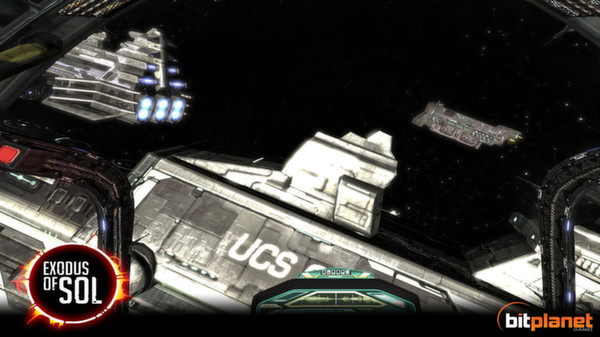 Exodus of Sol – An action packed flight sim that will put players in the cockpit of a fighter in the middle of epic space battles filled with capital ships.

Crystals of Time – Ashley Ford is a professional thief. After her father disappears while attempting to break into Three Oak Mansion, Ashley now must break into the mansion to discover her father’s fate.

SanctuaryRPG – A rogue-like RPG done completely in ASCII art of early video games with more than 160 race/class combos. The game is currently on Steam Greenlight.

For the first 48 hors of the sale, the bundle is only $1.89 for all six titles. Be sure to snag your copy at Indie Gala before the price rises.