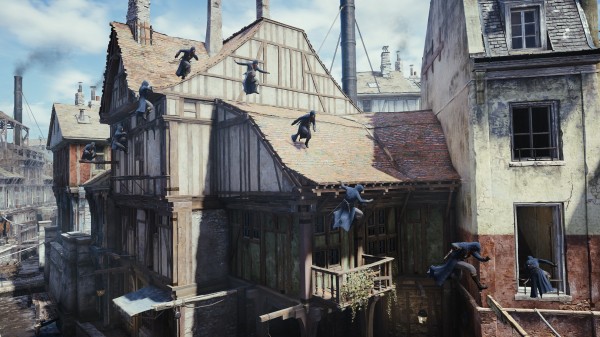 Ubisoft’s Alexandre Amancio, Creative Director of Assassin’s Creed Unity, demoed a co-op heist mission along with providing some developer commentary in a new trailer. The mission is set in Paris’ oldest hospital and will challenge players to sneak past the guards to relieve them of their treasures. The video contains almost five minutes of gameplay.

Assassin’s Creed Unity takes the long running franchise to the French Revolution. Arno Dorian is the new starring Assassin, son of an Assassin and adopted son of the Templar Grandmaster. Arno is caught in the middle of a radical ideological shift in the Templar Order in the midst of one of the bloodiest uprisings in history.