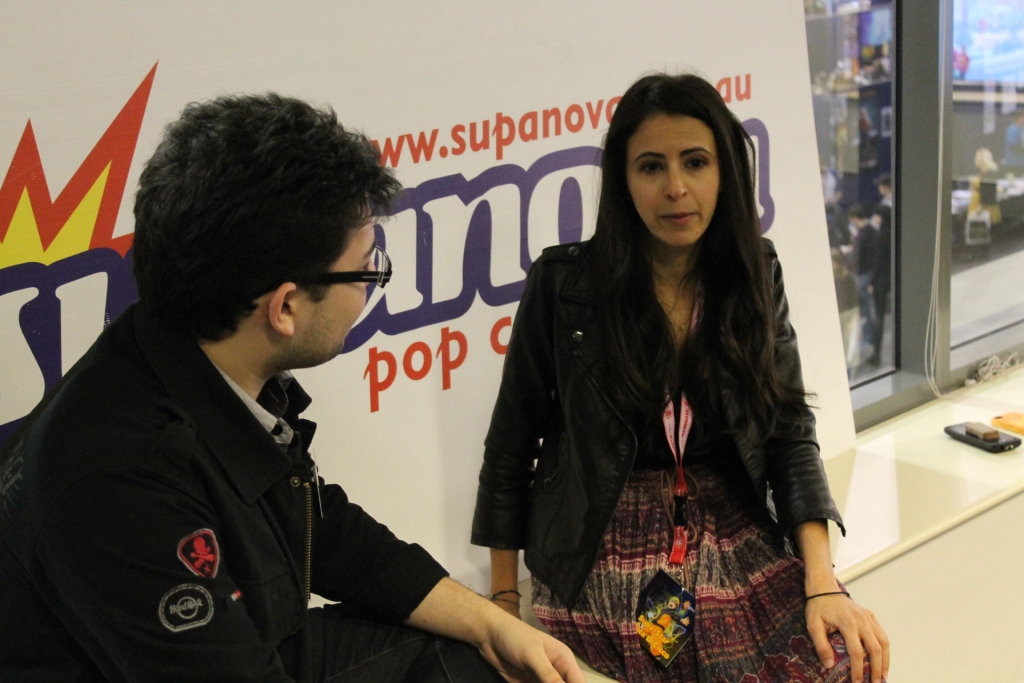 The voice of a Princess

Amidst the crowds and chaos of Supanova 2014, we were lucky enough to net an interview with the lovely Jessica DiCicco. As most fans at the convention were aware, she is the voice behind Flame Princess from the animated craze that is Adventure Time.

Conversation naturally turned to her character’s rapid rise to popularity despite her later introduction into the series and the important role that she plays. We talked of the intricacies that come with such an emotionally charged role, a fact belied by the young nature of the series. Diverging from Adventure Time, we also spoke about her role as Lumina in the RPG Lightning Returns: Final Fantasy XIII. Jessica seemed only too happy to speak of this recent role, discussing how such an antagonistic character carries herself through dialogue.

Check out the video below and enjoy the rest of the interview and the voice that is Jessica DiCicco.