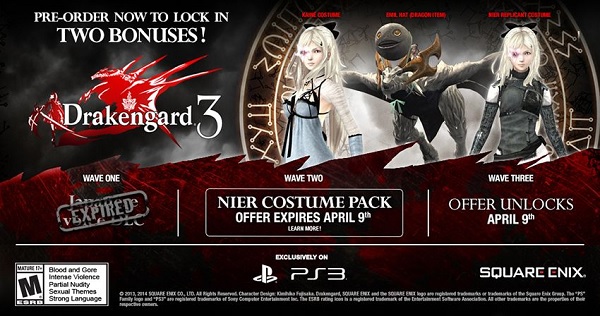 Today Square Enix released a small batch of news for Drakengard 3. First and foremost as you can see above, the second wave of pre-order bonuses for the game have been revealed. Meaning that if gamers pre-order the title between March 4th and April 8th they will be given the Nier Costume pack which provides a Kaine and Nier Replicant costume, and an Emil Hat for the dragon.

Also released today was a video interview with the game’s producer Takamasa Shiba which can be found below and if you check out the game’s official website then you will be able to read the first installment of Drakengard 3’s online novella “Zero.”