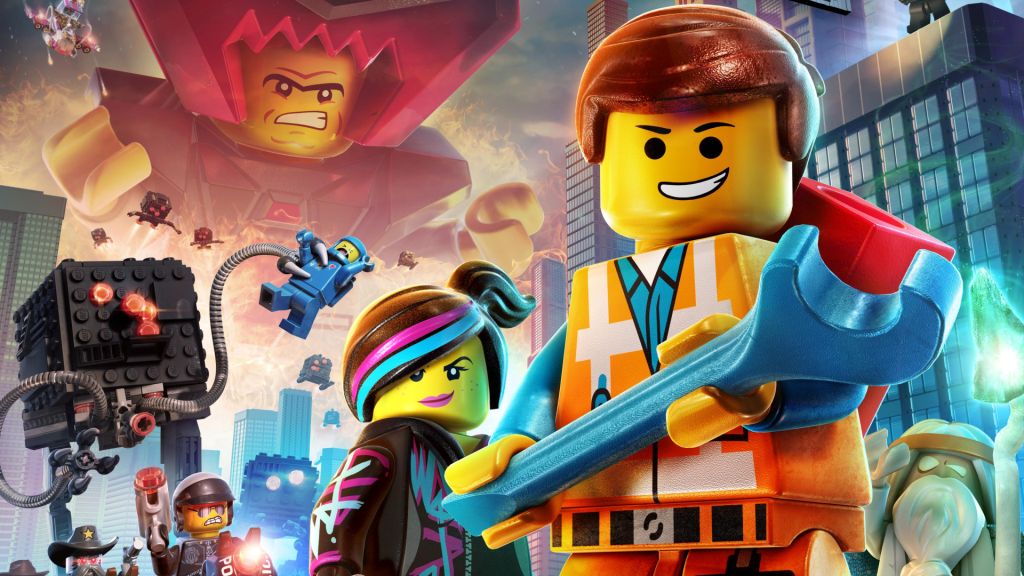 With The LEGO Movie being such a highly anticipated fare, it’s only natural that a tie-in game would be created. In this case, aptly named by Warner Bros: The LEGO Movie Videogame. The game will take players through a multitude of fantastical LEGO worlds, such as Bricksburg, Cloud Cuckoo Land and the rootin’ tootin’ Flatbush Gulch.

Unlike the previous LEGO titles that have been released over the years, The LEGO Movie Videogame‘s environments are created entirely from digital LEGO bricks, as noted by Tom Stone (Managing Director, TT Games):

“We challenged ourselves to introduce a new element never-before-seen in any LEGO game and did that with environments made entirely out of LEGO bricks, giving players more authentic opportunities to interact with the world around them. This is a chance for every LEGO builder to collect LEGO instruction pages and harness the powers of the Master Builders.”

Based on the events of the film, players will assume control of Emmett, an ordinary guy mistakenly believed to be “The Special”, a being prophesised to save the entire LEGO world. On his perilous quest Emmett is assisted by more than 90 characters, including such well known personalities as Superman, who lend him their various abilities. The game itself also contains the stellar cast from the movie itself, bringing in Chris Pratt as Emmet, Morgan Freeman as Vitruvius, Elizabeth Banks as WyldStyle, Will Arnett as Batman and Will Ferrell as Lord Business. Awesome. Players must navigate 15 levels of LEGO madness (45 on the handheld version) with the characters of their choosing and continue ever onwards until the world is safe.

The LEGO Movie Videogame is slated for a February 14th release in the UK on PS3, PS4, PS Vita , XBox 360, XBox One, Wii U, 3DS and PC. Whew. Check out the trailer above and see if the LEGO experience is as good as it’s been built up to be. Everything is Awesome.