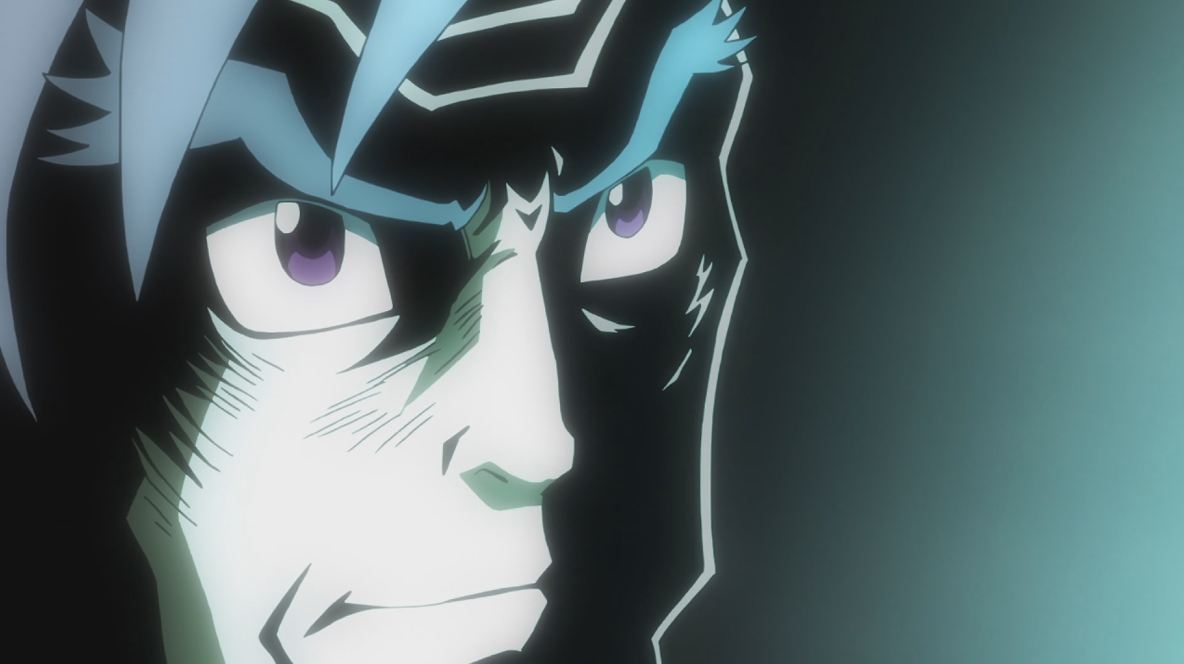 Having spent the entire last episode undergoing intensive training, Sio is surely prepared to take on yet another Evolutionary threat…right? OK, so maybe the training was cut rather short. Maybe this new creature is the greatest threat humanity has faced thus far. But I’m sure that won’t have any negative affect on the outcome of the battle…right?

As if hurricanes weren’t bad enough, it would seem that aliens have devised a way to utilise them as a mode of transport. Which in all honesty, is as cool as it is dangerous. So with tempestuous conditions shielding the creature from head on attacks, only a shooter class E-Gene Holder could stand a chance. Now where to find one of those…that’s right, there is only one of those available. Nobunagun. Dialogue however, indicates that there is in fact a second long ranged soldier employed by DOGOO: William Tell. Though he’s apparently busy with some other alien stuff, so back to the main storyline. 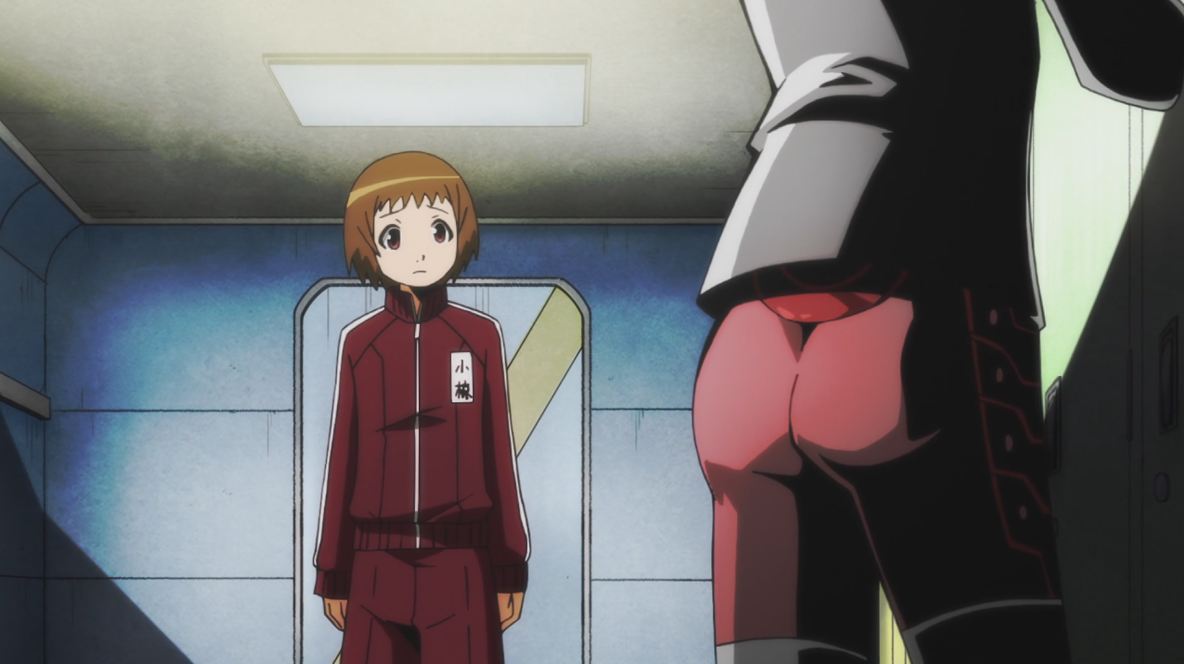 His eyes are just a little higher up Sio…

In preparation for her first sortie, Sio dons her standard issue DOGOO uniform (which is anything but standard in appearance). In the process, she once again crosses paths with Jack the Ripper…in the locker room. Amidst her embarrassed flailing, Sio learns that Jack has absolutely zero expectations for her. Naturally this causes some tension between the two. You know, in that “I don’t like them, but actually I secretly do like them” kind of way. She is a highschool girl after all.

As Sio and Co. make their way to the heart of the storm, we are greeted by another member of the E-Gene family: Galileo. Utilising her super predictive abilities, the cylinder clad girl adds an element of detail to the operation not present in Jack or Sio…at least not until the mental rush takes over. Once again out of her element, Sio begins to succumb to panic. It’s kind of one of the side effects of placing the weight of the world onto the shoulders of a teenager. They’re not really designed for that. As her fear peaks, she once again finds herself in the memories of Nobunaga, reliving moments that are inherently relevant to the situation at hand. Just as she previously expressed tactical knowledge, Sio’s personality once again transforms, taking a turn for the badass…and rhythmic. Though it could simply be the lack of screentime other E-Gene Holders have received, Sio definitely seems more drastically affected by her original life. She develops a sort of battle lust, expressing a sense of joy that not even Jack understands. That being said, she does not simply forget her own personality, showing some semblance of the Sio we all know and love by remembering her fallen friends in the midst of her fury. 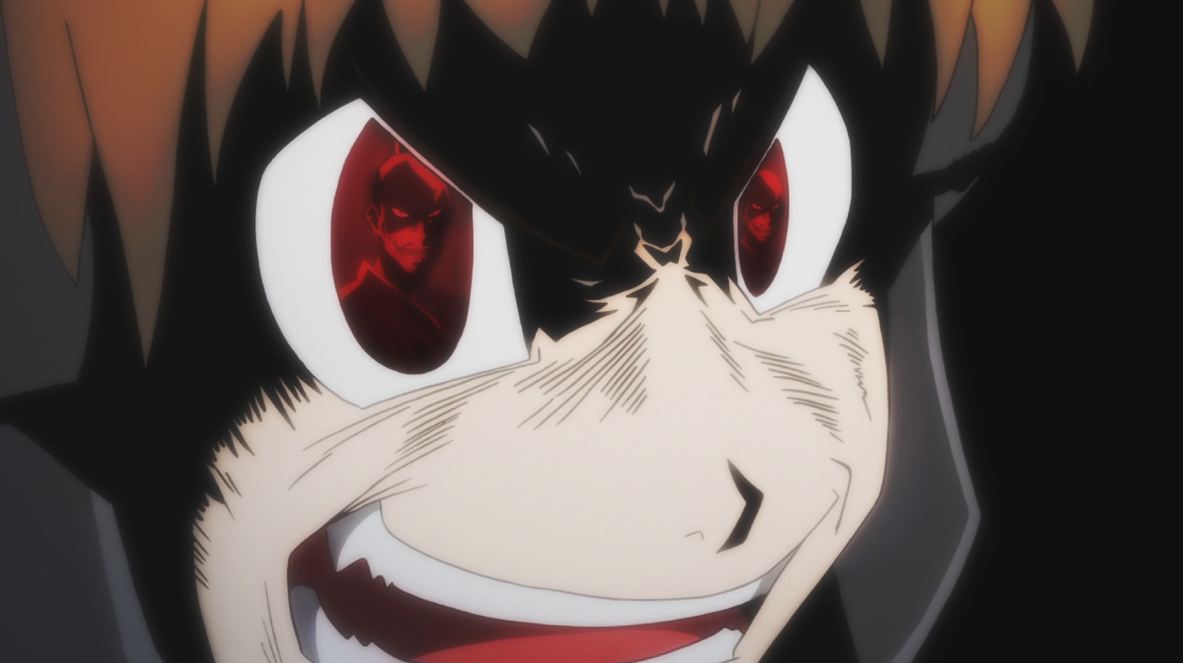 Windows to the soul indeed…

Another interesting element of the episode was the interaction between AU powers. Each is able to combine their abilities together in unique ways, some more completely than others. Galileo is apparently able to send her visuals to another AU user, such as upgrading Sio’s scope to account for wind and gravity. Other characters, such as Sio and Jack, simply utilise their powers in unison to create some cool anime action sequences. As it would turn out, large cannons can be used in lieu of more traditional modes of propulsion. Who knew?

The events of the episode also lend to the notion that the Invasion Objects are learning at a frightening pace. With their previous shore excursion failed by Sio, they took to the skies…only to be once again thwarted by Sio. I hope they don’t learn that she’s one of their biggest threats. The point is also raised that the creatures are not only adapting to rectify previous failures, they’re doing it across vast differences. Ergo, the Evolutionary threats are somehow able to communicate. Which means that they have a higher intelligence. A leader. It would seem that the greatest threat to the survival of Earth just got more dangerous…well, it’s the same level of dangerous. But now we know about the danger…all of it…I hope. 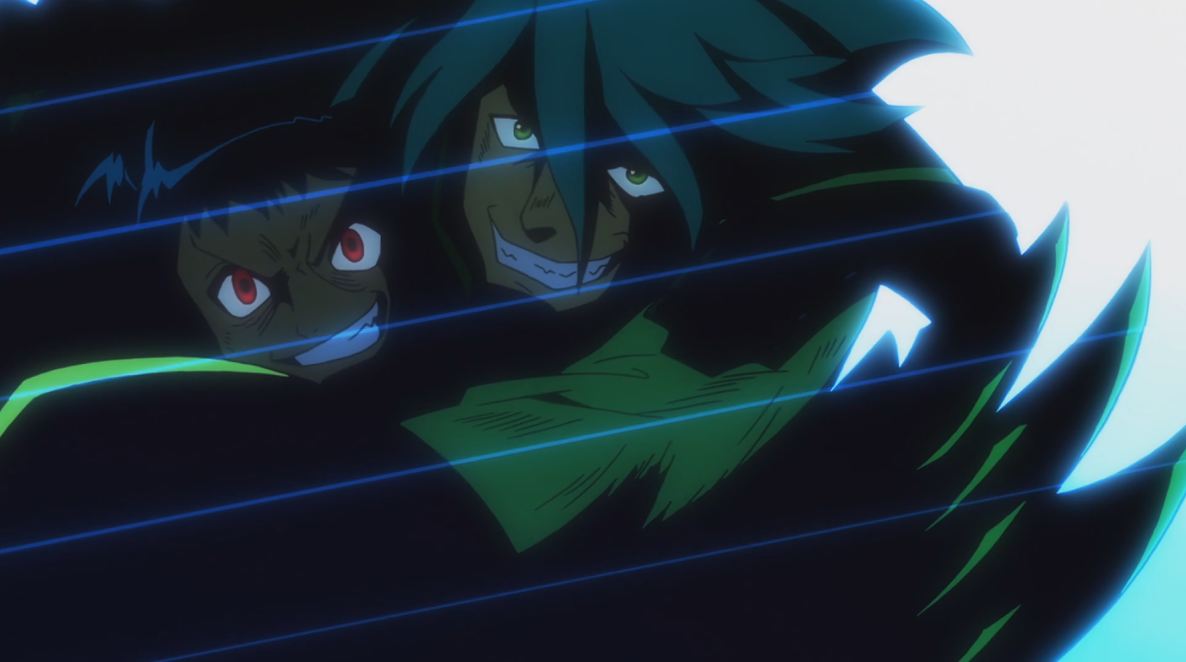 Don’t they make the cutest couple?

With another threat down, Sio is slowly but surely improving her abilities and adapting to the ranks of the rather strange E-Gene Holders. With the stark contrast between her personalities becoming more and more apparent, the balance between her new and old lives will surely shift. I mean, saving the world isn’t an easy task. Especially with Jack working at DOGOO…I guess he’s dreamy. I don’t know, everyone there is crazy…Good luck Sio. 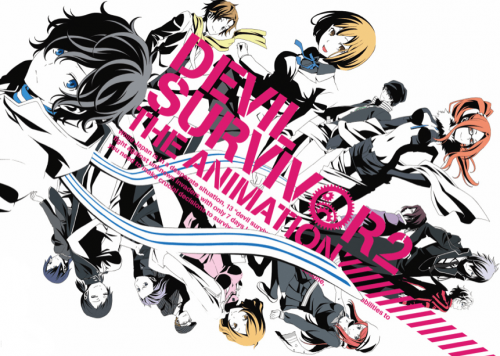