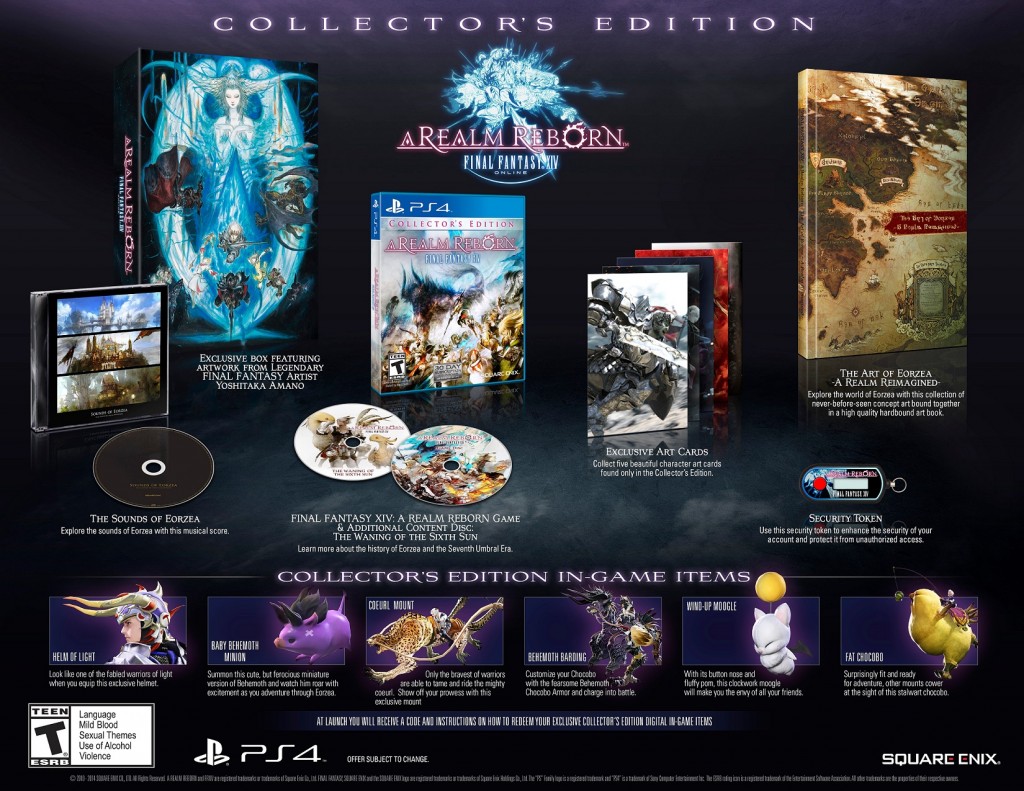 Square Enix has officially announced that Final Fantasy XIV: A Realm Reborn will be released worldwide for the PlayStation 4 on April 14th. There will be two versions of the game available for purchase, a standard edition and a collector’s edition.

The collector’s edition, seen above, costs $79.99 and includes the following content:

Anyone who pre-orders either version of the game, once pre-orders go live on January 27th, will be given the Mog Cap & Cait Sith Doll minion as well as the ability to log into the game early on April 11th. Players who have played the game on the PlayStation 3 will be able to transfer their accounts for free starting on April 11th, but once transferred players will no longer be able to log into the PS3 version of the game.