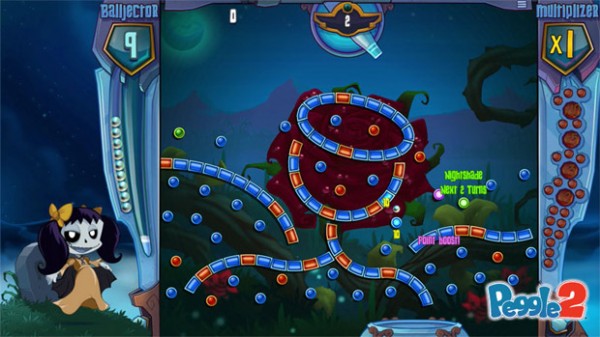 After the simple but enthralling Peggle 2 was revealed to miss the Xbox One launch, many people were quite disappointed. However it seems that they may not have to wait too much longer for their new Peggle fix. While EA‘s PopCap has yet to make an announcement about Peggle 2’s actual release date, besides “TBA 2013” it appears VentureBeat has learned that the game is going to be released within the week.

According to the site Peggle 2 will be released on December 9th which is only five days away. If this release date happens to be true, it is certainly odd that PopCap is waiting to make the announcement unless they are planning on surprising everyone with the title last minute.

PopCap’s Charity Auction wraps up with a Zombie Clown…