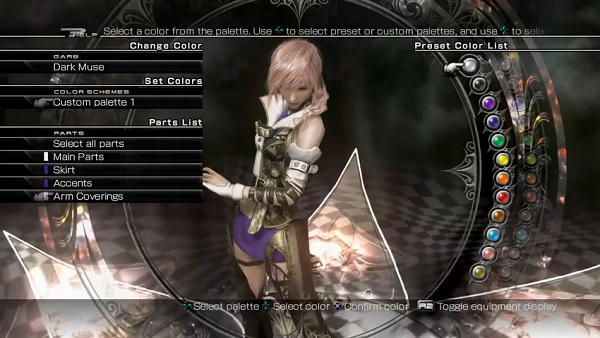 Today Square Enix has released a new trailer for Lightning Returns: Final Fantasy XIII which shows off the various weapons and armor that players can purchase in the game. The video goes on to show how deep the character customization can be in the game, at least as far as appearances go since not only can Lightning’s outfit, weapon, and shield be changed but the colors can also be adjusted to match the player’s preference.

You can check out the video below and keep an eye out for Lightning Returns: Final Fantasy XIII when it is released on the Xbox 360 and PlayStation 3 on February 11th and 14th in North America and Europe respectively.