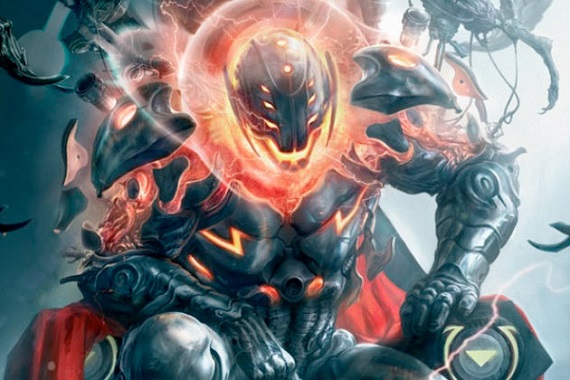 Back in August Marvel announced that James Spader was going to be taking the role of Ultron in the sequel to The Avengers. James Spader, who’s most well known for his roll as Dr. Daniel Jackson in Stargate, released back in 1994, has been a seldom sight on the silver screen recently.

Though Spader has his share of nerd pedigree, its still been a questioned move to bring Spader on board. Joss Whedon recently backed up this decision saying “Spader was my first and only choice.” He goes on to say:

“He’s got that hypnotic voice that can be eerily calm and compelling, but he’s also very human and humorous. Ultron is not Hal. Spader can play all of the levels. He’s the guy to break The Avengers into pieces. Muwahaha.”

That’s a serious compliment coming from Joss Whedon. The Avengers: Age of Ultron will be hitting the box-office in 2015.