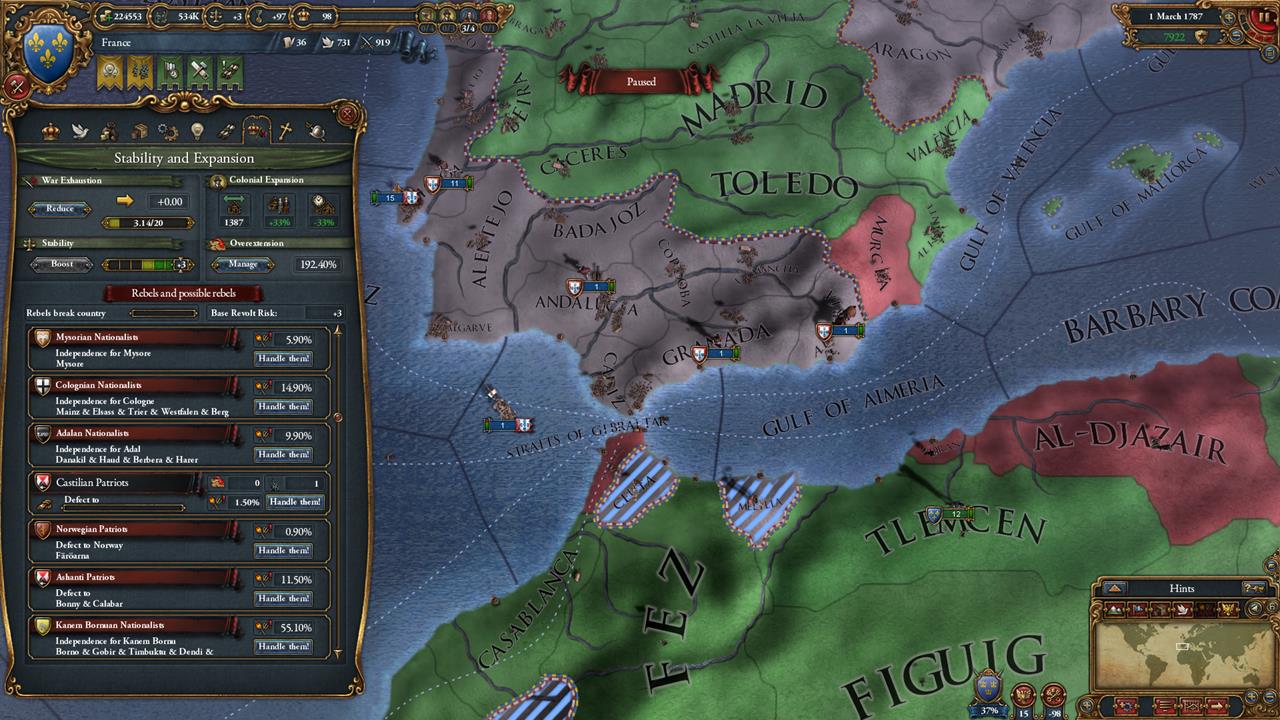 Your dreams of leading a global empire shall lay dormant no longer, as the ultimate grand-strategy game – Europa Universalis IV – has launched today for PC, Mac and Linux users worldwide.

Take control of a nation in the ‘Age of Discovery’ and reshape history (an example of which can be seen in the launch trailer directly below) as you battle ruthless A.I. in an extensive single-player campaign and defeat your friends in 32 player multiplayer. Explore, trade, declare war, preach diplomacy, spread religion and expand your empire. We were just recently given a hands-off preview session with the title, and fans of the series/genre will be satiated, believe us.

The following is a list of Europa Universalis IV‘s main features:

You can purchase the game for $39.99 through Steam and other digital distributors, or shell out an extra $5 for the Deluxe Extreme Edition. If you want to try before you buy, a demo is currently available, allowing players to sample 28 years of in-game time. Happy conquering!