On Monday Shueisha’s Weekly Shonen Jump magazine revealed the next One Piece game in the making. 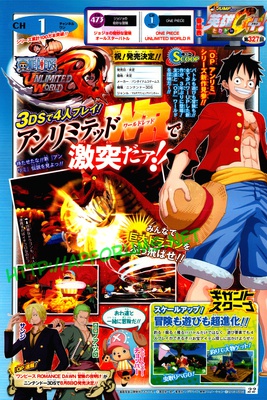 Dreamin’! Don’t Give It Up…Everyone!

That game is “One Piece: Unlimited World Red” which will be the latest game to fit into the “Unlimited” title and we haven’t seen one of those for at least three years. Like a great deal of Anime games Namco Bandai Games is developing the “Multi-Action Adventure” title which is a good sign in my opinion because Namco Bandai never seem to miss a mark when it comes to Anime games. There has been no release date set as of yet nor is there a price set though it really doesn’t come as a surprise considering it was just revealed but I can’t imagine we will be waiting too much of a long time before we get more information on the title.

The new game has gotten me excited, if not all other One Piece fans out there. This game will NOT be a Wii Port or anything of the like it’s going to be totally new and…guess what? It’s going to be Multi-Player Co-op. Yeah! The game will allow for up to four players to all join each other, play through the story, back each other up and explore the One Piece world. If you look closely at the image you can see mini games like fishing and bug-catching which seems silly and boring but with three friends at your side blazing through mini games will be a cake walk, it also helps to know that those types of things wont be what the whole game is about.

The announcement page also reveals that the One Piece Romance Dawn role-playing game is getting a port for the 3DS which will be shipped, in Japan, on the 8th of August.

Keep your eyes on the site for more info on this gem as it’s released and don’t forget to head to our comments section below to tell us what you think about this. 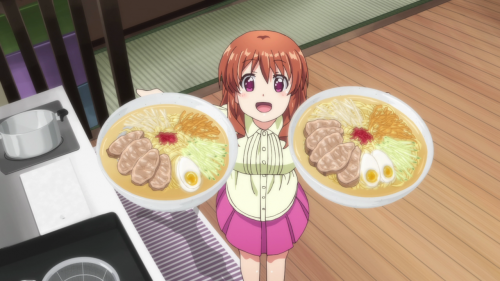 One Piece: Romance Dawn out now in America