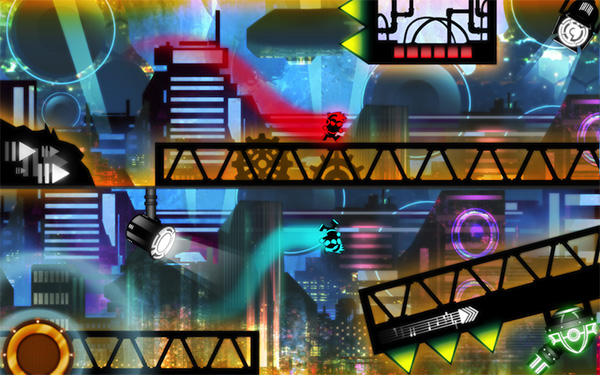 Rush Bros., a music-injected, platform racing game of the likes you probably haven’t played before, is coming very soon on May 24 with cross-platform capabilities between PC and Mac.

With what is described as “reactive” level design, players will race each other through levels with gameplay that changes to the beat of the music you play. The game will have both single-player Fast Forward and Survival modes as well as multiplayer support with split-screen. The competitive online mode allows you and a friend to race as either DJ Bass or DJ Treble.

Courtesy of Digital Tribes Games and XYLA Entertainment, Rush Bros. will be on sale on Steam with a 10% off sale of $9.99 along with a special 2-Pack Bundle at $14.99 for a limited time, so bring a friend. The game will support English, French, Italian, German, Spanish, Russian, Portuguese and Turkish language options.

Rush Bros Out Now on Steam