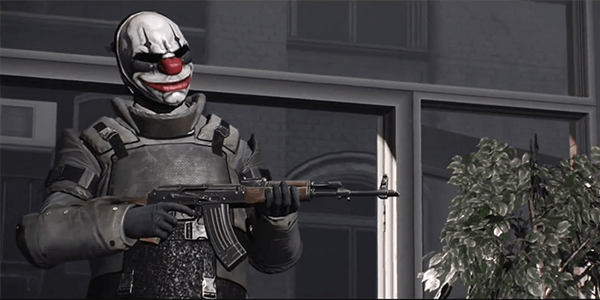 505 Games and Overkill Software released the very first glimpse at the gameplay of their upcoming heist game Payday 2. The trailer shows the team breaking into a bank and a few peeks at the holdout that follows. The brand new stealth system is revealed, with clips of a silenced pistol and shotgun.

Payday 2 is the sequel to Payday: The Heist. The sequel expands on the many aspects of the first game, providing players the opportunity to commit larger multi-level heists, adding a stealth tree to character progression, and creating Crime.net. The game will be released in August for PlayStation 3, Xbox 360, and Windows via Steam.