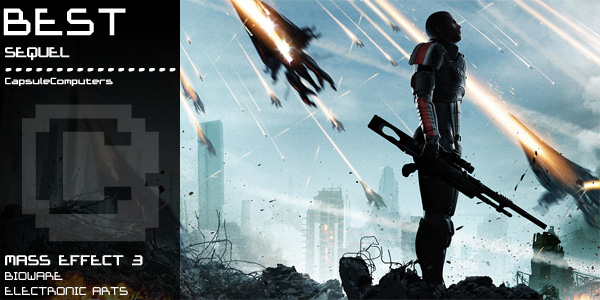 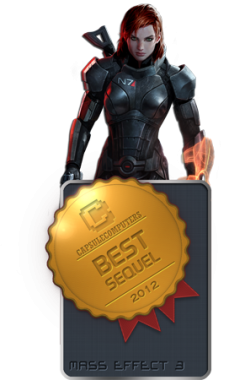 Mass Effect 3 is the best sequel of the year, despite all the controversy and negativity of the ending. Yes the ending was bad, but when 90% of the game is simply amazing, you need to look past the bitterness and recognise what Mass Effect 3 truly is. Art. How many of us were racked with indecision throughout the game knowing that entire races were depending on whatever decision we, as Commander Shepherd made; with the Genophage and the Quarian Geth Conflict in particular taking centre stage for an emotional rollercoaster of highs and lows.

Blended in with this stunning and compelling story, was near perfect gameplay at the best it has ever been in the series. Our emotional attachments to characters and our long investment across two previous games paid off not in the ending, but in the complete package Mass Effect 3 was and still is. We’ve lost and gained countless friends, fought against dastardly villains and participated in the most intense Galaxy wide battles there have ever been in gaming.

Mass Effect 3 is without a doubt the best sequel of the year. And it will undoubtedly go down in gaming as one of the best RPG’s of our time. –Brad Webster

Mass Effect 3’s ending is the sole reason many think that is should not be the best sequel of the year. Having worked for 5 years on the series with multiple playthroughs in order to defeat the reapers, the way you bring them down is nothing but disappointing. You basically have to defeat them in the way that they dictate, and on their terms. The war is over, but you didn’t win it. You simply impressed the enemy enough to grudgingly give you 3 options that are all equally horrible on moral standards. The Reapers’ idea of sustained peace comes at much too high a cost, and really does not even solve the source of the problem but simply erases the symptoms. – Mari Shishido

How often has the passion of a fanbase caused a company to alter the ending of its work over the years? Despite all of the controversy caused by the ending of Mass Effect 3, it’s hard to deny that any other sequels had such a passionate response from its players this year. No other sequels have brought players through fire and flames and involved our own personal decisions in quite the way Mass Effect 3 has, and so it holds its place as our Best Sequel of 2012. – Joe Morgan 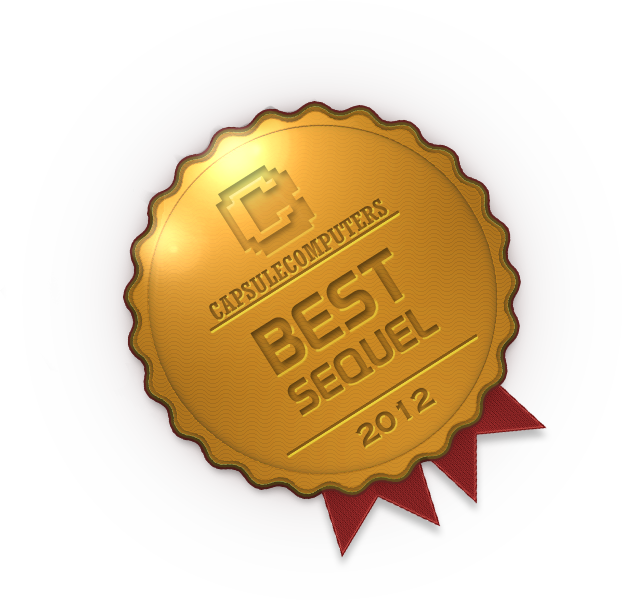