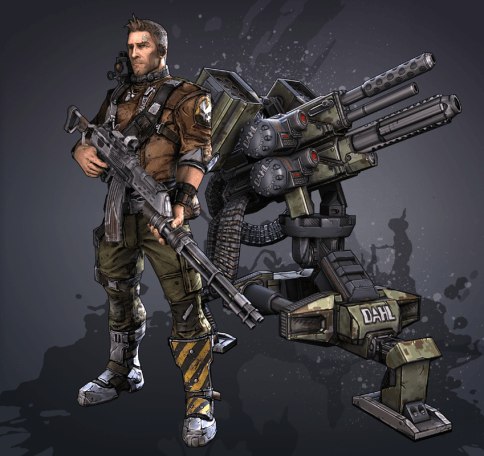 Although Gearbox has already released a few pieces of media that detail Borderlands 2, sometimes its nice to see where something started.  If you want to take a peek at some concept skteches that Gearbox made of the characters that will be making an appearance in the upcoming sequel, all you need to do is point your mouse at their Facebook page, or take a look at the gallery below.  There you can gaze upon Maya, of the Siren Class.   The Commando’s concept sketches were also revealed.  As you can see in the concept pictures, Axton the Commando looks more like a punk than the soldier you see pictured above.  Which character designs do you like best?