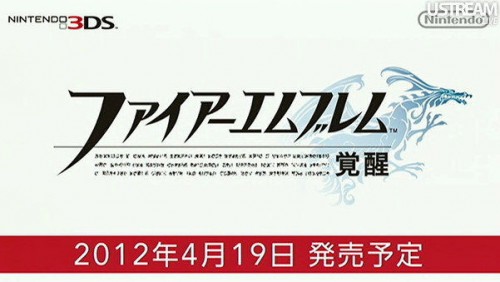 Fire Emblem 3DS has been officially named Fire Emblem: Kakusei (Awakening) and also has an official Japanese release date of April 19 2012, revealed in today’s Nintendo Direct conference held by Nintendo CEO Satori Iwata. It was also revealed that the game will feature very popular elements which were implemented in previous Fire Emblem games. In a video shown during the conference, the two particular elements shown were the free map system and the skills system. It had also touched upon customisation of the kingdom’s army.

Iwata, however, did not mention the paid downloadable content that was revealed by Nikkei earlier today. Iwata may have wanted to keep the details for a later date, including content and pricing. The video also included fantastic battle animation and two-on-one battles. With a release date on April 19, Fire Emblem: Awakening should see a release in English later in that month or early May.

Nintendo soar into The Cloud