Following the excitement of Team NINJA confirming DEAD OR ALIVE 5  was in development during this year’s Tokyo Game Show at the “Team NINJA Unmask” event, we are now being treated to more of what’s in store for the next installment in the popular 3D action fighting series.  TECMO KOEI America and Team NINJA today released extended footage of the DEAD OR ALIVE 5 pre-alpha demo which shows off one of the new stages and two of the fully
redesigned Dead or Alive fighters. (This is something I got to see at the Team Ninja Unmasked event in Tokyo but we were not allowed to record it)

The stage is set, the fighters matched.  As the dark ninja Ryu Hayabusa and the karate expert Hayate face off, one thing is certain DEAD OR ALIVE 5 promises to be a knock out title. Watch as Hayate sends his opponent flying from the
side of this stunning hi-rise set on a gritty rooftop in Shibuya square.  A nearby tank explodes upon crashing into the falling debris quickly turning the busy Shibuya streets into a flame-engulfed arena.  Hayate claims Round 1 for his own as he slams Hayabusa into the ground.  In Round 2, Hayate is no match for Hayabusa’s swift ingenious counter attacks as he soon finds himself face down breathless from a head on collision with a flying
vehicle.

Staying true to its legacy, this next installment will offer fast paced 3D action combat fighting while evolving the Dead or Alive series to satisfy both old and new fans alike. In DEAD OR ALIVE 5, the scenes are ever-changing and players will be able to advance their fighting skills in a whole new dimension.  DEAD OR ALIVE 5 is currently in development by Team NINJA and scheduled for release in 2012 on both PlayStation
3 and Xbox 360. 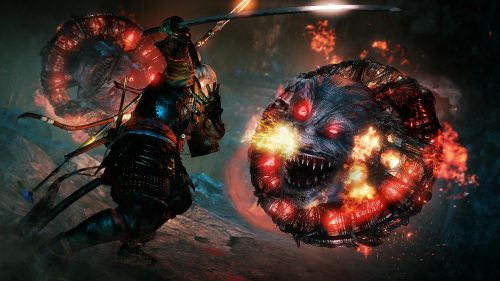