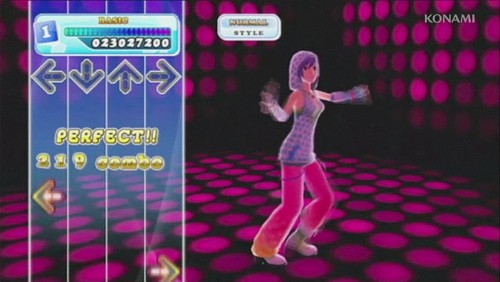 Konami has announced that DanceDanceRevolution II is finally available for the Wii console. Loaded with additional content, you will have over 80 tracks to test your dancing prowess.

Some of the titles included:

Doubleplay, an unique feature that can challenge elite players, means to play DanceDanceRevolution II on single player with TWO controller mats. If you didn’t think the game was intense before, you got another thing coming.

Additionally, new playable characters are available as well as the perk of utilizing created Miis. Advancing further in customization, players will be able to track the amount of calories they have potentially lost during their workout.

No More Heroes: Heroes Paradise discounted the day before release