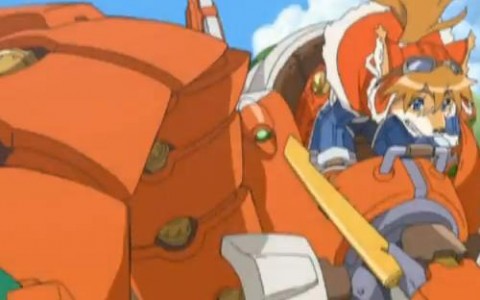 The other day we brought you a bit of news on the upcoming European release, Solatorobo: Red the Hunter which will be hitting the Nintendo DS on July 1st. To go along with that date, Nintendo and Namco have now released the first of four english trailers for the RPG. In this clip we don’t get a whole lot of actual gameplay footage as the whole trailer mainly just shows Red soar through the air on his trusty robot as a brief synopsis on the story is given.

Personally, while the overview of the plot was interesting, I immediately found myself paying attention to the score used for the trailer and if that is in fact just a sample of what is to come, Solatorobo might be a serious contender due to it’s soundtrack alone. You can watch the clip below and don’t forget in just two more weeks, another trailer will be gracing us which hopefully will cover some of the actual gameplay so stay tuned.