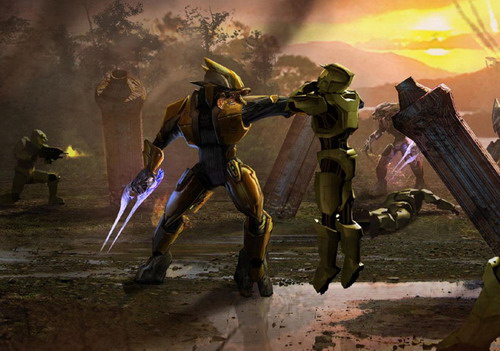 Hey! Don’t blame us! We journalists are only on the look out for false news when it is April 1st; Bungie was a month too early with their prank.

We covered a bit of news revealing Bungie’s Supposed new project which was an MMO. Yeah, they were making a joke that was clearly not perceived as a joke and literally every single news website out their fell for it. Once the real news came out that it didn’t exist most news sites frantically started trying to cover up their mistake; however, we are different! We point the blunder out for all the world to see. Are we sorry? No! Because it isn’t April Fools day!
A post on Bungie’s official site reads, “After the childish tears, gelatinous gibs, and acrid smoke cleared, an industrious journalist noticed the final slide from David’s GDC deck which apparently proclaimed that we were hiring for a “massively…multiplayer action game.” Ruh oh.”

“Now, in rehearsal Aldridge was convinced that everybody got the joke. It was all in the delivery, he assured us, and he was certain it was clear that he was playfully riffing off of the recent rumours. Unfortunately, most people can’t figure David out – they can’t process him. And we don’t expect them to. You can’t process David Aldridge with a normal brain. You’d need tiger blood and Adonis DNA.”

Yeah, it seems we totally missed the “subtle humor”. Were your hopes up for such a project? Well don’t fret to much, because rumours are still floating around that Bungie and Activision’s game will be a shooter entitled ‘Destiny’, which currently exists under the working codename of ‘Tiger’. Not exactly an MMO; but who knows, it may still happen.